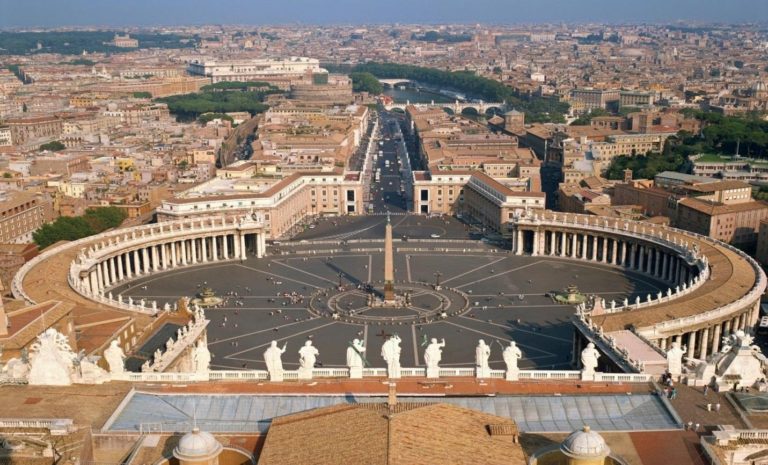 Vatican City is a unique independent state that is inside Italy. The city is known as the center for administration of the Roman Catholic Church, a male-centric global religion. It is, therefore, rare to find women in the Vatican. In a modern world, it’s odd to hear about gender-forbidden places, but it’s not sexism (as you can learn from here) but a tradition.

The fact that the Roman Catholic Church is patriarchal in structure and nature does not eliminate the presence of women. There are women who live in Vatican City by virtue of marriage or based on their work or responsibilities within the state. Since most of the citizens are in the management of the Roman Catholic Church, it is natural to find that the number of women in Vatican City is significantly small compared to that of men.

Chronicles of the 13th century capture the name of a woman called Pope Joan, who sat on the highest seat of the Catholic Church as a pope. The story has been believed for years, but scholars have disputed it, terming the narrative as fiction. Pope Joan disguised her as a man for years, ruling over the global church without being noticed for years.

It is known that the pope has to go through different stages over the years to rise to the position. What made it possible for Pope Joan to remain disguised for so many years and even rise to that position was her talent. She was extremely talented and learned such that the people around the area would not notice any difference. It is also said that Pope Joan had a lover who ensured that she remained disguised.

Pope Joan was discovered when she gave birth during a procession. The cause of death after this discovery is not clear. She could have died of natural causes after being dethroned or was murdered for embarrassing the church. Processions at the Vatican are said to avoid this route and spot ever since. A ritual was also introduced to ensure that such mistakes were not repeated anytime in the future.

There are many cases of women playing a role in the Vatican and performing different functions. However, the Vatican has also been accused of erasing any history of women’s involvement in the top management, art, and decision making from Vatican records.

Vatican citizenry has remained slightly above 500 people. There are no permanent residents of the Vatican since those who acquire passports only do so because their positions dictate. For instance, the city-state had a citizenry of only 594 people as of 31st December 2011. Their citizenry was confined through the possession of passports.

The laity formed a mere 21% of Vatican City citizenry in 2011. The number comprised of 1 religious sister, 109 Pontifical Swiss guard members, and 55 laypersons who had Vatican City passports. The composition of women among Vatican citizens remains low because it is the highest administrative headquarter for a church that does not give women such a prominent place.

The trend has not changed much over the years. In 2011, only 32 women held the Vatican City passport. Apart from the clergy, other women have resided in the Vatican and possessed passports issued by Vatican City. The majority of these women who have not come to the Vatican on work-related missions were from Italy. An electrician who held a Vatican City passport had a daughter who was also regarded as a citizen. However, she lost the right immediately. She got married.

A Polish translator and wife to a Swiss Guard also got a Vatican City passport and became a citizen of Vatican City. However, the citizenry is only valid as long as they continue working in the city. If their contracts expire, they are fired or get employment elsewhere; their Vatican City citizenship will expire.

Changing Role Of Women In Vatican

The Roman Catholic Church has come under increased pressure over the years to incorporate women in its leadership and liturgical ranks. The role of women has remained auxiliary. In fact, they were not allowed to open bank accounts in Vatican City for years. Women were also not appointed into committees and commissions that made major decisions in the church, including decisions about women. Gradually, popes in the past five decades have made major strides towards mainstreaming the role of women in church leadership.

Pope Benedict XVI appointed an assistant editor and an advisor who was a woman. This was a huge departure because the role has traditionally been held by men, strictly the religious. Ingrid Stampa played this role until the pope retired in 2013. Pope John Paul II also recognized women and expressed the desire to see them take up more roles during his letter to women in 1995. It is during his reign that debate on the ordination of women priests picked up the pace. However, he still insisted that he would not be the pontiff who ordains the first female priest.

Pope Francis has broken from tradition by appointing the first female members of the Vatican congregation in 2019. The congregation is tasked with handling matters of Catholic religious orders across the world. This is one of the highest levels that women have gotten in the Vatican. Previously, they served as staff members to these congregations. The other members are at the rank of Cardinals. Since they have equal powers and responsibilities, the status and responsibilities of women are growing. It has been long coming since there are four times more women than men in religious congregations around the world.

The population of women in Vatican City is not expected to swell anytime some because of the nature of citizenry. Since most of the responsibilities that would require a person to take the Vatican City passport are still held by men, it might be decades before equality can be achieved. However, it is worth noting the slight changes in men-women demographics.