Can you live in the Vatican?

The Vatican is the seat of the Catholic Christian Church and the place where the Pope resides. It is the smallest country in the world with a very low population. Regarding the people who live there, they are mostly connected to the Pope or the church in some way. The question is then, can a regular person live in this small country, or move there from another? Read on to find out.

The Citizens of the Vatican

As mentioned, most citizens live inside the walls or serve in the Holy See’s diplomatic service in Vatican embassies around the globe, also known as nunciature. The clergy is one group of people who live here, most of whom are in the service of the Holy See, while the others are the officials of the state. The other big group is the Swiss Guard. Most of the 2,400 lay workers reside outside of the country as Italian citizens, but some do live inside. All are of course Catholic.
As of the year 2011, the number of people who have Vatican citizenship totaled is 594. This number is comprised of 71 cardinals, 109 members of the Swiss Guard, 51 members of the clergy, and one nun. The largest group of citizens are the 307 members of the clergy who hold diplomatic positions around the world, and therefore do not live inside the borders of the Vatican. 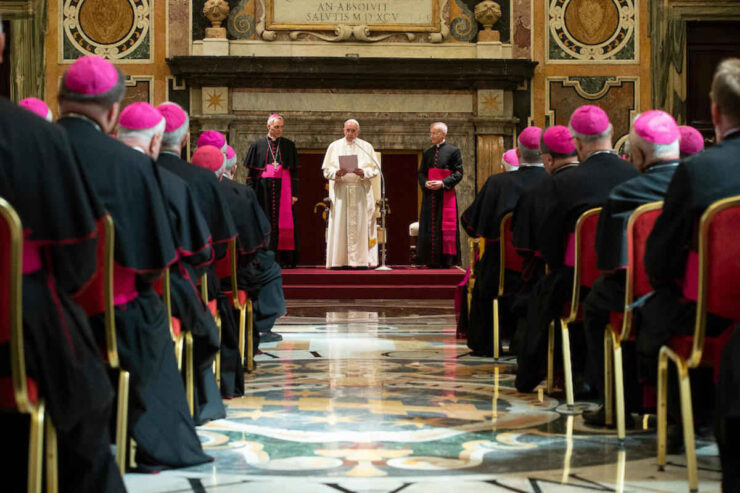 Citizenship of the Vatican

Unlike citizenships of other common states that is either based on jus sanguinis, which is the birth from a citizen, that can happen outside the territory, or on jus soli, birth inside of the state territory, the citizenship of Vatican City is granted jus office. This means individuals gain it because they work for the Holy See. It lasts as long as they are employed. Citizenships are also to the spouses, parents and the children of a particular city, but only if they are living with the citizen. The Holy See, as it is not a true country, only issues diplomatic and service passports. The Vatican City can, however, issue normal passports for the citizens. Anyone who loses the citizenship of the Vatican and does not have any other citizenship becomes an Italian citizen immediately, as it is stated by the Lateran Treaty. 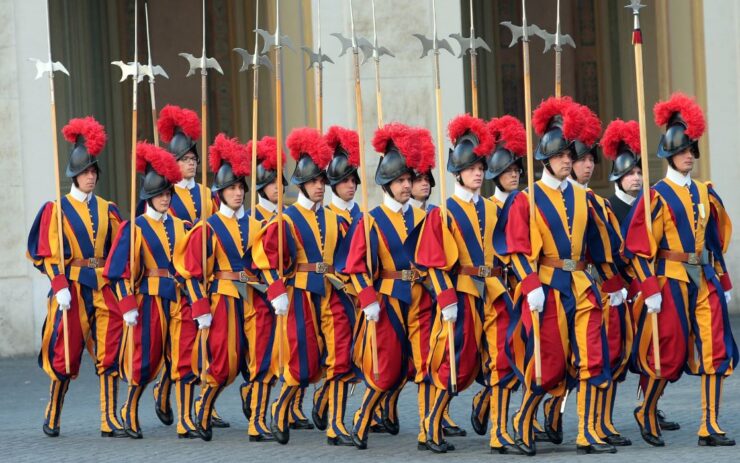 The Swiss Guard can easily be distinguished by their armor and colorful Renaissance uniforms. They have been charged with protecting the pope since 1506, when Pope Julius II, hired one of the Swiss mercenary forces as personal protection. Their role in Vatican City is only to protect the safety of the Pope, and although the smallest standing army in the world looks rather ceremonial, these soldiers are extensively trained and skilled. They are indeed all Swiss citizens.
From an interview with a wife of a Swizz Guard, Iwona Flisikowska, we can learn what the life inside of the walls is like. She says it is a different world, similar to a royal court. The gates are locked at night and opened at 6 AM. There are only 30 women inside. She feels special and safe there. 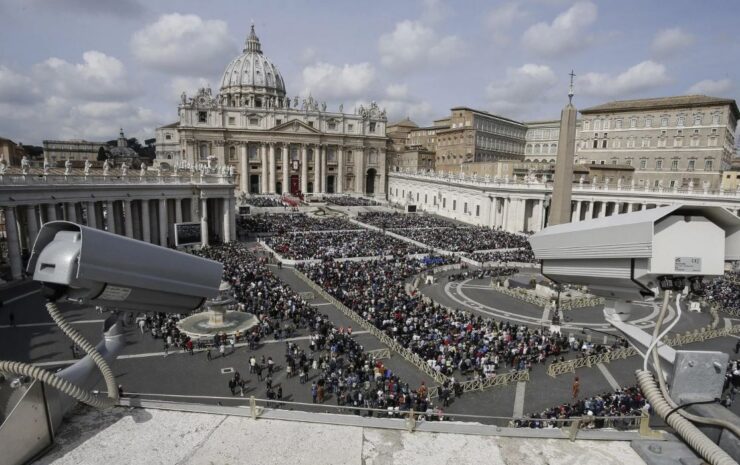 There are 150 police agents, who only work in the country but do not live there. More than 300 cameras exist inside its walls, all to assure the safety of the Pope. She adds that her children often see the Pope during the day. She has lived there for 15 years now and knows every corner of the city-state. There are rules, as nobody can walk with bare shoulders, in skirts or in shorts, and you cannot be loud especially at night. This means no late night parties, gatherings, or music. Essentially, everything that happens in the “Eternal City of Rome” stays outside the walls of the Vatican, which remains isolated.

Pope Francis about the Abortion

Does the Pope live in the Sistine Chapel?

9 Top Place To Visit In Vatican For...

Why is May the Month of Mary?

Vatican Museums and Paintings You Must See –...