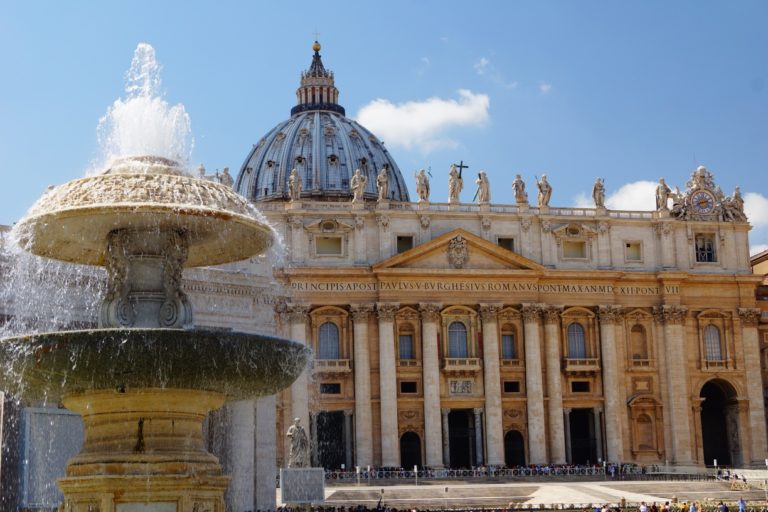 It is generally familiar that Vatican City is the smallest state in the world, which occupies just 44 ha. It is the administrative territory of the Holy See, which is the Pope and the Roman Curia. Both the Vatican and The Holy See are an important cultural, religious and historical center, as well as a UNESCO World Heritage Site. The city is actually in Rome, but it is an independent state from Italy. This is a very popular tourist destination, who attend papal masses and awe at the uniqueness of the Roman constructions inside the basilicas. The Vatican also has a theocratic government. Read on to learn several interesting things that make this small city-state unique in the world.

Holy See and the Lateran Treaty

The Holy See was first based in the Basilica of St. Peter from 349 AD, all the way up to the 14th century. All of the popes are the successors of Apostle Peter, the first Pope, and they have since occupied the seat one after the other. The Holy See has existed as a sovereign state, and it can sign treaties and agreements with other countries and important international bodies. They mainly do this in order to promote peace and humanitarian relief to the world. The Holy See and the government of Italy led by Mussolini signed the Lateran Treaty in 1929, the most important treaty in the history of this special state, which recognized the Vatican City as papal state and the city of Rome as the capital of Italy. This gave it and the pope full independence and changed its status from the state religion of Italy to the seat of the independent Roman Catholic Church.

The Holy See is led and governed by the Roman Curia, a complex structure of which the Pope is in charge. This structure includes the secretariat of state, congregations, pontifical councils, apostolic tribunals, connected institutions, commissions of the Cardinals, supervisory council, and a political section made up of the president and members of the commission, the governorate, and tribunals.

In addition to this, less than 600 people live inside its walls, all of whom are in some way associated with the Roman Church. Nobody can come and live here, and passports are issued only to those working here, and their immediate families. Ambassadors in foreign countries are also citizens of the Vatican, but they live in their respective countries of work.

The Holy See is actually recognized internationally as a sovereign state with legitimate international personality. Therefore, it can diplomatically relate to international organizations like the United Nations. Their diplomatic relations have existed for a long time, and the Holy See is a member of universal organs like the Organisation of the American States, the Arab League, and the African Union. More importantly, it is a permanent observer in regional and international bodies. It has also been a part of and presents at the adoption of the Rome Statute by the ICC, as well as the Geneva Conventions of 1949.

The Vatican City has a unique architecture that dates back to the late Renaissance period, and it is comprised of architectures of Renaissance and Baroque details. For example, the design of the St. Peter’s Basilica allows it to host a large number of people to see the pope while he is conducting the masses. It has a square on the outside, which is used for public sermons by the pope and papal blessings. This basilica was designed by some of the best architects the world has ever seen, including the legendary Michelangelo. The rest of the small city-state is also marvelous, while the main buildings house priceless art and artifacts from the history of the Catholic Church and civilization as a whole. Because of these assets, their wealth is not familiar to anyone, and many believe it cannot actually be calculated.

Cultural Significance and Outlook for the Future

The city of Vatican is an extremely important cultural and historical center for the followers of the Catholic Church, as well as pilgrims and tourists from all around the world. The Holy See has also been engaged in various different humanitarian actions, most important of which are the promotions of justice and peace. Because of this, the Holy See is present at international peace conventions.