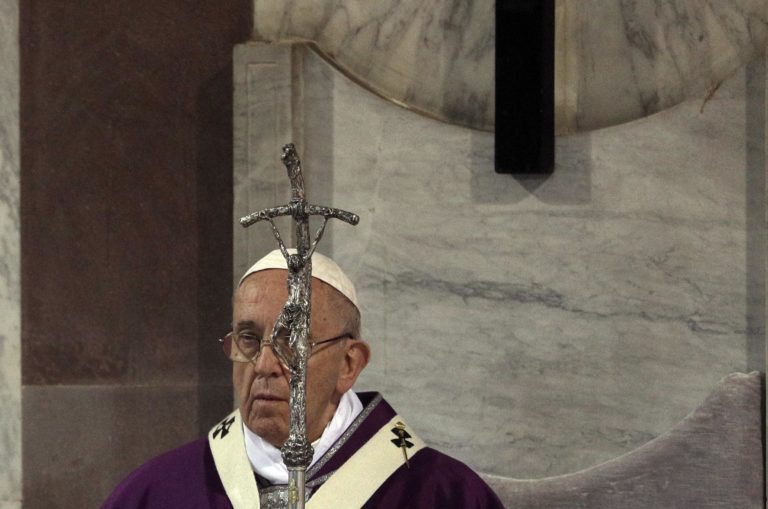 The papal ferula, meaning rod in the Latin language, is the official pastoral staff that the leader of the Catholic Church, the Pope, owns. This rod has a knob on the top, on which there is a Christian cross. This staff is not the same as a crosier, which is the staff carried by other bishops in churches. Those are curved or bent at the top, and therefore similar to shepherd’s crook. Read on to learn more about this important artifact.

According to the tradition of the Catholic Church, the popes did not use ferula, crosiers, or pastoral staffs during their liturgy. There is no use of a staff mentioned in the descriptions of the Papal Masses in the Ordines Romani (Roman Ordinals). In the church’s earlier days, the pope would carry a crosier on some occasions however, the practice had already disappeared by the time Pope Innocent III was in position. He noted the following in his “Concerning the Sacred Mystery of the Altar,” I, 62: “The Roman Pontiff does not use the shepherd’s staff.” This is because a crosier is usually given by the metropolitan archbishop, or another bishop, only to a newly elected bishop and during his investiture. On the contrary, the pope is not bestowed with anything similar to another bishop. The pallium is used during the coronation or inauguration.

At the time of the High Middle Ages, the popes started using the staff, ferula, as an insignia that signifies temporal power and governance. This also included “the power to mete out punishment and impose penances”. The true form of the staffs from then is not very familiar, but they most likely staffs had a knob on the top and a single-barred cross. It still was not a liturgical item, and it had limited use, mainly to several extraordinary ceremonies, like the opening of the Holy Door, or the consecration of churches. Also, the staff would sometimes be in the form of a triple-barred cross, the papal cross and the symbol of the papacy. This was rare however when compared to the more regular single-barred cross. Staff was again used less and less.

In 1877, the Circolo San Pietro, a supporting organization to the papacy founded in 1869, presented a ferula to Pope Pius IX for the fiftieth anniversary of his episcopacy. This staff is often called the “ferula of Pius IX”, and it was used by the popes since Pope Pius IX, until Pope Paul VI, still only for extraordinary and non-liturgical occasions. Pope Leo XIII would sometimes use it as the other bishops. Additionally, a triple-barred cross ferula was made specifically for Leo XIII, as a gift for the Golden Jubilee of his Priesthood in 1888. Pope John XXIII would also use the ferula from 1877 for various liturgical celebrations, starting at the time of the Second Vatican Council. During the pontificate of Paul VI, the popes started to use a ferula more permanently as a true pastoral staff for liturgical celebrations, instead of just a symbol of governance. It was at this time that the papal ferula became like the bishop’s crosier, or the pastoral staff.

The staff that has been carried since Pope Paul VI is a contemporary single-barred crucifix. It is the work of an Italian artist Lello Scorzelli, who made it in 1963. This artifact is carried and used exactly like any other bishop uses his crosier. Paul VI used three other ferulas as well, similar in style. These either had a straight crossbar or one that is bent upward. The one by Scorzelli has a downward bent bar. Paul VI used this staff for the first time on December 8, 1965, for the closing of the Second Vatican Council. This is one is retained by the successors starting with Pope John Paul I, while the design is associated with Pope John Paul II.

On March 25, 1983, Pope John Paul II used this staff in the opening of the Holy Door during the Jubilee, which is the Holy Year of the Redemption. In 1990, Scorzelli made a replica for John Paul II, lighter than the original.

On March 16, 2008, during the Palm Sunday celebrations in Saint Peter’s Square, Pope Benedict XVI used a ferula from the time of Pope Pius IX. It was in use until November 28, 2009, and the First Vespers for Advent. There was a ferula given to Pope Benedict XVI as a gift. As said by Monsignor Guido Marini, who is the Master of Apostolic Ceremonies as well as the leader of the Office for the Liturgical Celebrations of the Supreme Pontiff, this staff “can be considered to all intents and purposes the pastoral staff of Benedict XVI.”