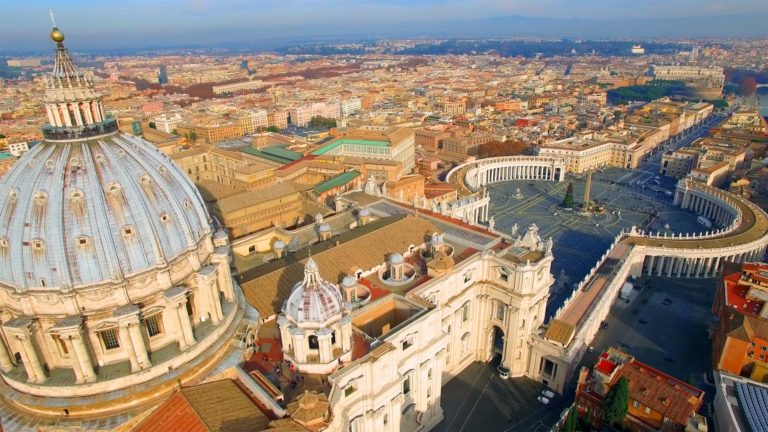 To determine if something is its own independent country, there is a list of eight accepted criteria used in this important practice. People are generally not familiar with this and we will explore it in this article. Mainly, we will try to determine if Vatican City is really a country. This tiny state is the smallest in the world, and it is located entirely within the borders of the capital city of Italy, Rome. Vatican City is most famously the headquarters of the Roman Catholic Church, a religious institution that has over one billion devoted adherents around the world. Right away, we will say that the Vatican City counts as a real country, so let us explore the reasons why. Numbered are the criteria, followed by an explanation.

It has space or territory that has its own internationally recognized boundaries.

Vatican City has its own boundaries that are undisputed, even though the country is completely within the city of Rome. However, it is its own country that only borders Italy.

It has people who live there on an ongoing basis.

The smallest world state is home to 920 fulltime residents. They have passports from their home country, as well as diplomatic passports of the Vatican. This essentially means that the entire country consists of diplomats. Except for more than 900 residents, 3000 people work at the Vatican City and commute to this tiny country from the area of metropolitan Rome every day.

This is somewhat true, as the Vatican relies on the sale of stamps for post, tourist mementos, fees for museums, and publications. This is the source of their income, their governmental revenue. Vatican City also issues its own coins as money. They do not have much foreign trade, but they do benefit from various investments by the Catholic Church.

A country has the power of social engineering like education.

They do have education centers, although there are no kids there really. They are used by the 900+ people who lived there.

Countries have transportation systems for moving goods and people.

Naturally, the Vatican does not have any highways, railroads, or airports. It only has streets in the city that in comparison cover come 70% of the Mall in Washington D.C. Since it is a landlocked country completely surrounded by Rome, they rely on the Italian infrastructure that leads people to the Vatican City.

A country has a government that provides public services and police power.

Countries have sovereignty, and no other state can have power over their territory.

The Vatican City does have sovereignty and no other country has the power inside of their borders, even though they are essentially in Italy.

A country must have external recognition and is only a country when “voted into the club” by other countries of the world.

This is absolutely true for the Holy See, which maintains international relations with other countries. The term “Holy See” is for the authority, jurisdiction, and sovereignty of the Pope and his advisers, who direct the worldwide Roman Catholic Church in important decisions during country gatherings. It was created in 1929 in order to provide a territorial identity for the Holy See in Rome. With it, the Vatican City is a recognized national territory that is under international law.
The Holy See has strong and formal diplomatic relations with 174 nations, 68 of which maintain diplomatic missions to the Holy See in Rome. However, most of the embassies are outside of the Vatican City borders and are actually scattered around Rome. Other countries have missions outside of Italy with dual accreditation. The Holy See has 106 of these relations around the world. The Vatican City, or rather the Holy See, does not belong to the United Nations, as they are only an observer.