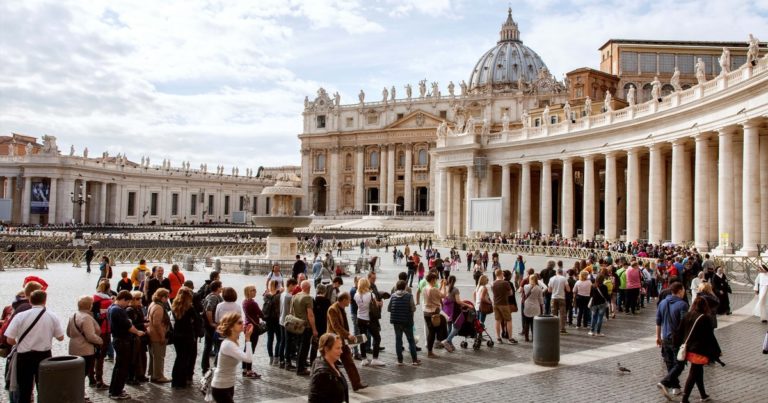 One of the most attractive countries in the world is Italy. Almost everyone wants to visit this beautiful country, and one of the most visited cities in this country, besides Venice, is its capital city Rome. But everyone who visits Rome will surely visit Vatican City also.

Vatican City is also called the Vatican City State, is an independent city-state, which is enclaved within Rome. It is the smallest sovereign state in the whole world, and it is under the full ownership, exclusive domination, and sovereign authority and jurisdiction of the Holy See. It is ruled by the pope, a bishop of Rome, and the head of the Roman Catholic Church.

Why do tourists come to the Vatican?

Vatican City attracts many tourists from all over the world every year. Some of them come for religious reasons, some because of the cultural sites, and some out of curiosity. Many pilgrims come to visit the Vatican City, and the visitors it attracts is at Easter and Christmas. Also, many people come during some important periods like the election of a pope, the funeral of a pope, or the proclamation of the holy year. But besides that, there are many things that you can see in Vatican City, many religious sites, that are also the cultural site, like the Sistine Chapel and St. Peter’s Basilica, and the Raphael Rooms. And some of the world best museums are in the Vatican, and they hold some of the worlds best collections of artwork.

In the Sistine Chapel, you can see many statues, painting of a famous artist Michelangelo Buonarroti, and tapestries also. And of course the most famous ceiling painting in the whole world, Creation of Adam, that was painted by Michelangelo. Also, The Last Judgement is a must see.

Another interesting place to visit is the Vatican’s exotic gardens from which you have a breathtaking view of the St. Peter’s Basilica and the Apostolic Palace.

The Vatican City has its own economy and the best portion of the money that goes into that economy comes from the sale of souvenirs, fees for admission to museums, tours, and sales of their publications. So it means that they earn the most money from tourism.

How many tourists visit Vatican City?

This is one of the reasons why they are considering to limit visitations per day, because of safety precautions. For both the visitors, people who work there, and for the artwork.

But the big question is ‘How much do they earn from it’?

There are a lot of things that you can see and buy at Vatican City. The souvenirs go from a couple of euros to thousands of euros, and the fees for the museums are going up to 20 euros. And the guided tours are going from 25 euros to around 150 euros for special or private guided tours.

So taking that into consideration, and the number of tourists that visit the Vatican City every day, you may alone come to the conclusion how much to they earn from tourism. And the answer is a lot.

And the numbers are, the museum fees generate around 80 million euros each year, and around 20 million euros is earned from selling souvenirs and corporate hospitality.

But there are also claims and information that the financial situation of the Vatican City is very problematic, and that they are losing more money than they are earning and getting through donations, every year. They’ve had many deficits over the past ten years.

We believe that the Vatican’s financial status will remain a mystery for a long period of time. But we surely recommend you to visit the Vatican and enjoy everything that it has to offer.