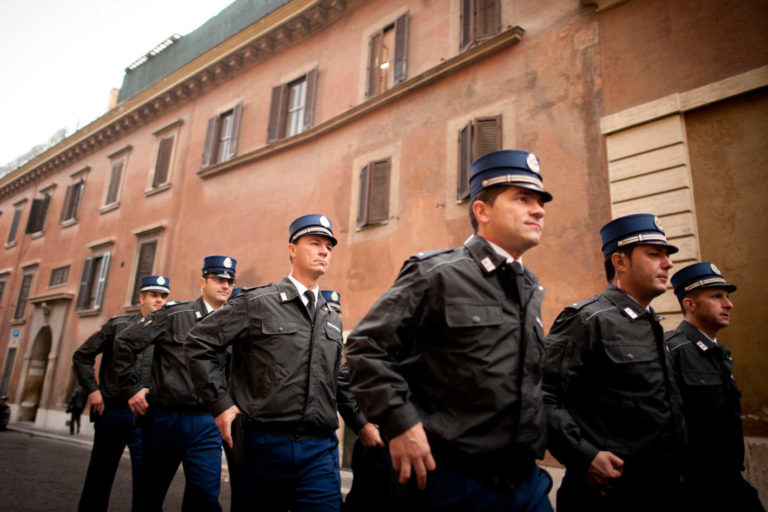 When it comes to petty crimes per capita, the Vatican is on top of the list, not something you would expect to see, especially form a country with less than 1,000 residents. So, who commits all those thefts? The answer is visitors. Around 18 million tourists visit the Vatican annually and such large crowds attract pickpockets and purse-snatchers from all over Italy. It is also the reason why the Corps of Gendarmerie of Vatican City, tasked with the safety of Vatican streets, has 130 members. In percentage terms, that is the largest ratio of policemen per capita in the world.

Once caught, all those criminals need to be put away somewhere. For the most part, they are given over to the Italian police for processing, thanks to the Lateran Treaty signed in 1929 and its rather complicated stipulations dealing with the relationship between Italy and the Vatican. Only on rare occasion does someone ends up in Vatican prison. In 2012, a butler to Pope Benedict XVI was sentenced to 18 months in prison for his part in Vatileaks affair. He spent two months in a cell in the Vatican but was pardoned by the pope. The second person to be a guest of the Vatican prison system was Monsignor Lucio Balda, who was also convicted to 18 months in prison for participation in revealing official Vatican documents to the press in Vatileaks affair. He was also pardoned and a few months.