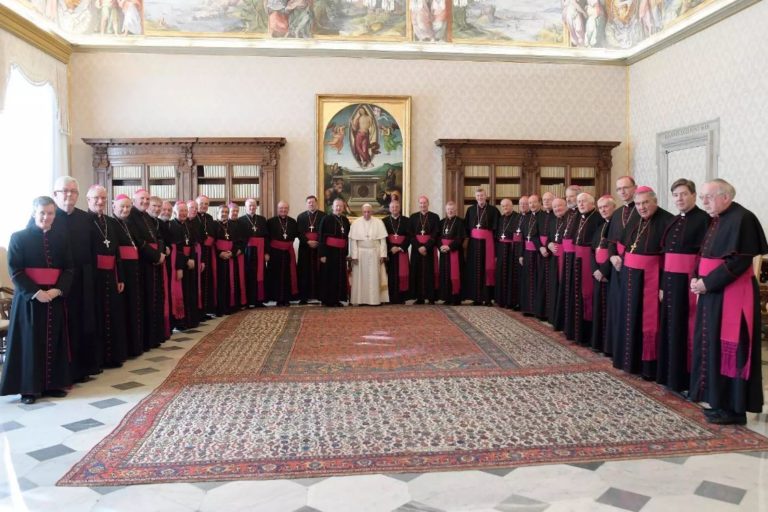 Specific things that are related to the Vatican and the Catholic church have specific terms and names. But some of them are difficult to explain, or people just don’t know what they mean. And people often confuse some terms with the other. They think some things mean something that they don’t.

One of those terms is the Holy See. Today we are going to talk about this term, what does it mean, why is it used, and why is the pope called the Holy See. And the most important part, is it correct to call the pope the Holy See?

The Holy See is practically the office of the Bishop of Rome or the Pope. But this term also means the Pope and the Roman Curia, the central government of the Roman Catholic Church.

This chair represents the position and the authority that the Holy Father has, and of course the place where he resides in the territory of his jurisdiction. The term originates from the enthronement ceremony of the Pope. And in this case, the Holy See or the Holy Chair refers to the seat of government, but specifically, it refers to the position of the Pope.

The Holy See is celebrated by the Catholic Church on February 22 every year, and that celebration is called the Feast of the Chair of St. Peter. But it’s not about the chair itself, it is about the what the chair is symbolizing, and it’s the Holy See, and what the Holy See represents.

The Pope is often called the Holy See, just like the Vatican is referred to as the Holy See. People commonly confuse the Pope with the term Holy See, and it’s something normal because the two terms are used together very often.