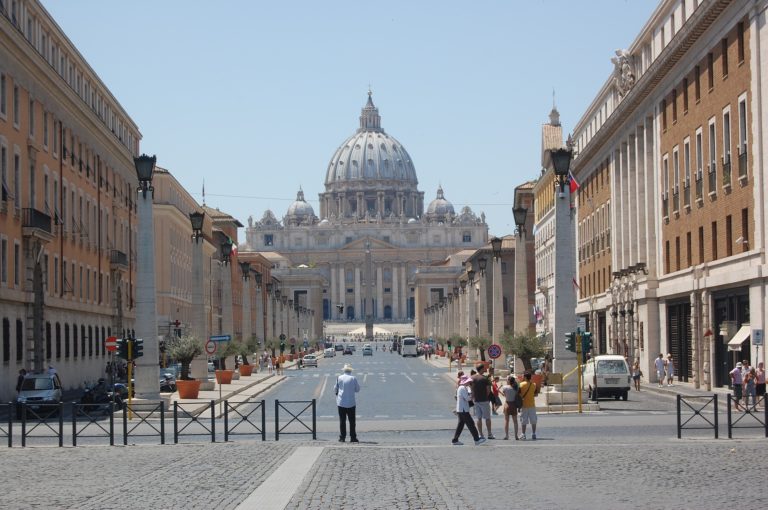 Due to the fact that it is a sovereign state, the Vatican has a unique position in the world. In other words, it both has the title of the religious center of the Roman Catholicism, as well as the traits of any other sovereign state – political and economic independence. When thinking about the economy of the Vatican, one of the questions that arise naturally is how the Vatican City earns money. Some claim that the Vatican is, besides being the spiritual home to billions of people from the whole world, a business of quite significant proportions.

The Industries of Vatican

It is stated that the Vatican earns money from the industries such as the production of coins, and medals, as well as the sale of fees for admission to museums, postage stamps, printing, and mosaics. Officially, the public finances of Vatican revolve around the revenues of 315 million, and expenses of 334 million dollars. The currency, since 2002 has been euro. The exciting thing about the currency in the Vatican is the rareness of the Vatican euro coins. That is the reason why these coins have such a value in the world of collecting and why they are often chased by numerous collectors.

To begin with its cultural and historical influence, it reasonable that the Vatican has represented a great tourist attraction for a long time. It has been estimated that the rates of tourism have tripled since 2013. Vatican Museums display many items significant to the history of Christianity and, and the history of the world in general. It is not a secret that some of the most notable Roman sculptures and works of Renaissance art are in the possession of the Vatican Museums. Furthermore, these museums have collections of many other remarkable artworks. With 20,000 items on display, Vatican museums serve as an attraction to more than 6 million visitors annually. Due to the fact that this number of people buys tickets to enter the museums, the Vatican is said to earn a significant amount of money from fees for admission to its museums.

A great amount of Vatican’s money comes from selling the postage stamps. The Vatican post office has been functioning on its own (and has its postage stamps) since 1929. Today, the stamps are created under the authority of Philatelic and Numismatic Office of the Vatican City State. In addition, it is stated that Vatican post office is in fact “one of the best postal systems in the world”, and that “more letters are sent each year, per inhabitant, from the Vatican’s 00120 postal code than from anywhere else in the world”.

The rent of Sistine Chapel in 2014

Earning money from the museums and postage stamps is not the only case when the Vatican could make money from its popularity. Everyone knows the significance of the Sistine Chapel. However, it was not available for rent. At least it hasn’t been until 2014. One of the world’s most famous Chapels, with its famous ceiling painted by Michelangelo, was rented to the company of Porsche. It was reported that 40 Porsche fans paid 5,900 dollars in order to visit a gala which was hosted within Pope Francis’ Art for a Charity project. Even though an ordinary visitor can stay in the Sistine Chapel only for a short period of time, on this occasion the exception was made for a charity project, and it provided the Vatican with the opportunity to earn money.

Vatican City is supported by numerous financial donations. One example of this is Peter’s Pence, which are payments and donations given directly to the Catholic Church. This practice of donating to the church has a long history and it is supported by many states such as the US, Italy, Germany, Spain, France, Ireland, Brazil, and South Korea. In that way, the Vatican has received a donation of 75.8 million dollars from the United States in 2008, 82,529,417 in 2009, 67,704,416 in 2010, and 69,711,722 dollars in 2011.

Vatican’s finances – the controversy and accusations

Besides the regular donations and money from tourism, the Vatican has often been the subject of the fierce debate revolving around the Vatican’s incomes. The controversy around Vatican finances refers to numerous accusations related to the Vatican Bank. Officially this bank is called the Institute for the Works of Religion, and the controversy surrounding it lays in the fact that information about the account holders are secret, even though the Vatican stands by the claim that the accounts belong to members of the clergy. Despite the accusations that this bank is connected to malversation, money-laundering, corruption, collaborating with the mafia, or even that it was close to the Nazis in the times of the World War II, the official attitude is that the Vatican Bank is Vatican’s charitable foundation.