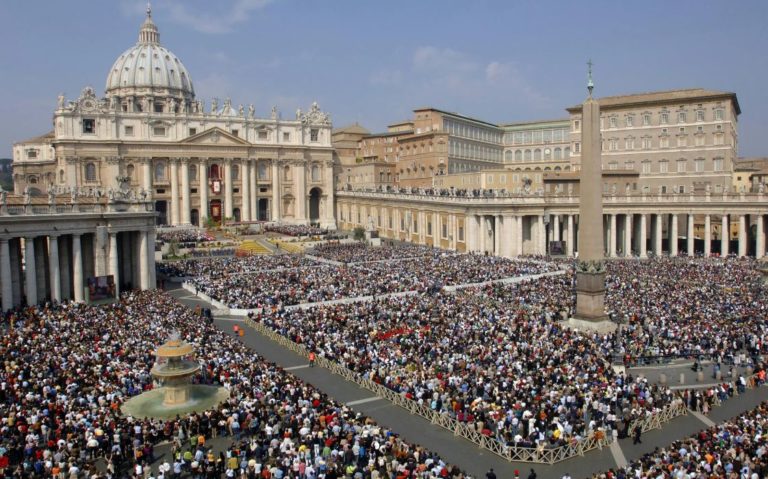 The Vatican is one of the most unique places in the world due to the fact that it is a city-state that is governed and ruled by the monarch that is also a religious leader of millions of people. This city-state is also the center of the Roman Catholic Church, which makes it the place for the visits of thousands of people each year. Due to its significance as the center of faith and place where its leader sits, many people consider it to be one of the most sacred places in the world, while the others ask themselves why it is sacred.

When people talk about the things that make the Vatican sacred and holy, many people also mention that one of the most important churches in the entire Christian world is located exactly in the Vatican and it is St. Peter’s Basilica. The importance of this church lies in the fact that it is believed that the church was erected above the grave of Saint Peter itself, and this is a person who actually founded the Christian Church. So, the fact that this church is there draws millions of tourists and religious fanatics each year.

The fact that the Pope and St. Peter’s Basilica are located in the Vatican are not the only reasons why the city is considered sacred. Since it is the capital of the entire faith and church, many people throughout history brought various relics and sacred artifacts there, either as gifts or to preserve them from destruction. This practically means that the most sacred artifacts, relics and even tombs are located exactly here.

We need to mention that this is the official name of the Vatican in the UN. The reason for this name is the fact that the UN and the entire world recognized the Vatican as not only the city-state and the territory it covers. It is recognized that the Vatican is actually the ruler of millions of people and adherents all over the globe.

The sacredness of the Vatican also lies in the art and architecture that it has. More precisely, some of the best and most known art pieces in the world are located in the Vatican and in its museums. This practically means that the city is also the preserver of the cultural legacy and history. The architecture is also very significant since it also shows the directions of its development and it has on the entire Western World.

Even though it is located in Europe and most of its believers are located in Europe, South America and North America, the Vatican is also recognized as the global influencer since its believers are present everywhere. The importance of the figure of the Pope is also recognized and this is the reason why the Holy See is the member of some non-European organizations such as Organization of American States, Arab League, and the African Union, etc.

Even though it is a religious epicenter and religion is the most important thing about it, the Vatican is also known for having the best and strongest diplomacy networks all over the world. It should be mentioned that these networks started from the moment of the creation of the church itself.