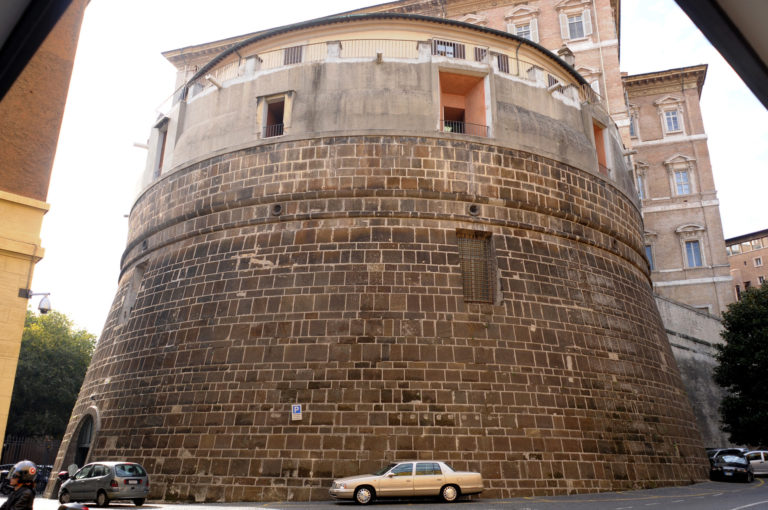 The Vatican is one of the places for which you would not say that there are a crime and illegal actions in it. However, the situation is different. Remember only the killings of members of the Swiss Guard in 1998, and the death of Pope John Paul I, who died in the year of 1978. His death remained forever suspicious. It even raises the question of whether the cause of death is a heart attack or something else.

In any case, over the past several decades, the Vatican is a place where several major scandals took place. One of the institutions for which the most affair is related is Vatican Bank. In order to present you more information about this organization, we decided to give you an answer to the question of what Vatican Bank actually is and what are the most shocking scandals associated with it. You will be able to read all this in the following text. Well, if you’re ready, let’s start.

What Is the Vatican Bank?

Vatican Bank is a more common name for the Institute for the Works of Religion (in Italian: Istituto per le Opere di Religione or shorter IOR). This institution, which is actually a private bank, was established in June, in the year of 1942, when the papal decree of Pope Pius XII was brought. Logically, its seat is located in Vatican City.

The Vatican Bank is headed by the Board of Superintendence who is responsible for all matters and must submit reports to the Supervisory Commission of the Cardinals and the Pope. The president of this institution is Jean-Baptiste de Frans, who took office on July 9, 2014.

What are the biggest scandals in the previous period associated with Vatican Bank?

Many bad things are associated with the Vatican Bank, and only some of these are suspicious deaths, bribery, murders, and even money laundering. However, this certainly should not have been the case, since it was an institution founded in the year of 1942 with the intention of representing an organization that would manage the money on behalf of the Vatican.
Unfortunately, for the past several decades, people have had the opportunity to find out about some really big scandals.
Well, the main purpose of the Institute for the Work of Religion is to “provide for the safekeeping and administration of movable and immovable property transferred or entrusted to it by physical or legal persons and intended for works of religion or charity.”

But, over the past several decades, Vatican Bank has significantly reduced its reputation. Just remember the deaths of Pope John Paul I in 1978. Numerous conspiracy theories came after this sad event. One of them is that the Pope tried to improve the reputation of this institution by carrying out some type of reforms, however, it was prevented by people who didn’t like it, so they killed him. This is just a conspiracy theory, and the official cause of the death of Pope John Paul I is a heart attack. In any case, this is just one in a series of scandals that include the name of Vatican Bank.

Another very shocking affair happened when the main people of this organization were accused of transferring money to suspicious banks in other countries. In addition to these illegal monetary jobs, the same people were associated with the Propaganda Due, which is actually a Masonic lodge. Banco Ambrosiano was involved in the investigation because the Vatican Bank was the biggest shareholder of it. Even the arrest of Roberto Calvi, who was its chairman, took place.

After the trial, he was sentenced to several years in prison. However, he lodged an appeal against this decision of the court after which he was released. Shortly after leaving the prison, he escaped from Italy, but the situation became even more complicated when Roberto Calvi was found dead in London under the Blackfriars Bridge. This period can be considered one of the darkest in the history of the Vatican Bank. Another interesting thing is that these events were an inspiration for the script for the third sequence of the famous film “Godfather“.

After Calvi’s death, the process was continued and the justice system reopened the proceedings against some of the people who were considered responsible. However, the result was again unsuccessful and nobody was officially accused of these scandals in the Vatican Bank. For example, one of the persons who were supposed to be blamed and punished was the bishop Paul Marcinkus. He was at the helm of the Vatican Bank from 1971 to 1989, and in view of his function, he was to take responsibility for the most difficult period in the history of the Institute for the Works of Religion.

Two more important figures in this scandal were Flavio Carboni and Pippo Calò. Carboni was a businessman whose name was associated with the aforementioned masonic lodge called Propaganda Due, and Calò was a mafia boss. Both of them were several times part of the trial process of the murder of Roberto Calvi, however, both were always released and no crime was charged to them.

Even more, despite all the controversies and stories associated with them, Calò and Carboni are still prominent figures in Italian politics and business.

Another big scandal that happened just a few years ago, is the case of Ettore Gotti Tedeschi who was removed from the position of president of this institution. He served his duty until May of 2012. As the main reason for his replacement, the Vatican announced that he “failed to fulfill the primary functions of his office.”
Tedeschi even admitted his guilt after being fired. He said he was in his workplace only two working days during the week. In addition, he said that the rest of the time instead of spending in the Vatican, he worked as a head of the office of Banca Santander which is a Spanish bank.

Also, the former president of the Vatican Bank, as well as the institution, were part of the money laundering investigation. Although the investigation was carried out twice, no indictment has been filed either against Tedeschi or against the Vatican Bank. This case, like the others before it, shows that the Vatican is still not ready to deal with corruption, scandals, and a number of illegal actions that are linked to the Institute for the Works of Religion, despite the numerous promises we have heard from Popes during the previous years.

Believe you or not, less than a decade before the Second World War, Vatican City signed a concordat with Nazi Germany. This agreement was made in the year 1933 and has caused a lot of criticism at the expense of this holy place because it has indicated that the Nazis will be allowed to take power.

According to information that appeared several years ago, the Vatican received large amounts of money from Hitler during the war, and this money was considered a kind of tax, which was called “Kirchensteuer” in German. However, why is this linked to Vatican Bank? Well, all the money that came from the Reich was paid via the Vatican Bank.

According to some sources, in the year of 1943, about $1.7 billion was paid. Unfortunately, the Catholic Church has never published official information about the revenues it has earned through cooperation with the Nazi leader, but it is certain that with the help of the Vatican Bank, it has benefited several billion dollars.

As we have said, the Vatican has been criticized by many experts for cooperation with Hitler, and a few years ago historian, Gerald Posner wrote about these events in his book “God’s Bankers: A History of Money and Power at the Vatican”.