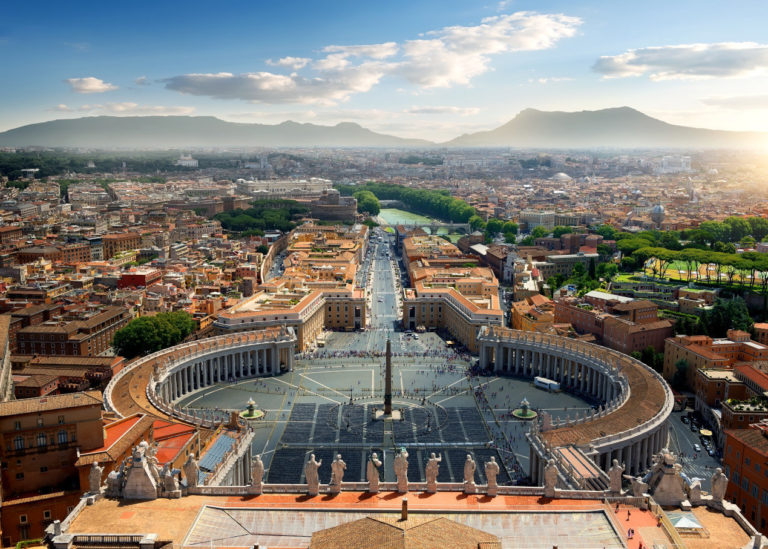 Vatican City is an independent state the size of a golf course, which is a country in its own right within the boundaries of modern Rome. By area of 0.44 km² and population, it is the smallest country in the world. This city-state is ruled by the Pope, but it’s different from the Holy See, which is the universal government of the Catholic Church. So, here are some very strange facts about the Vatican you probably didn’t know.

Strange Facts About the Vatican

1. It has its own football team, which consists entirely of employees in the country. Hence, the Vatican football team is composed of members of the Swiss Guard, police officers, and postal workers, who all wear the team colors of yellow, blue, and white.
2. There’s an ATM with instructions in Latin, which is probably the only ATM with Latin instructions in the world.

4. It owns a telescope in Arizona, USA. In 1981 the Vatican bought a state of the art telescope that sits on top of Mount Graham in southeast Arizona. The light pollution in Rome has made it impossible to use the Vatican’s Observatory located 15 miles outside of the city.
5. This city-state doesn’t like the Beatles as John Lennon released a statement saying ‘we’re more popular than Jesus’. However, ever since then, the Vatican has officially forgiven one of the most popular rock bands in the world.

7. It has the shortest railway in the world, with only one station. The Vatican railway station has two 300-meter tracks which are used for ceremonial purposes and importing goods.
8. There was a female who lasted as a Pope for over two years. It was later discovered that Pope Joan was a woman who dressed as a man and managed to fool many clergymen. However, Pope Joan delivered a child during a papal procession. When the truth came out her life ended very tragically. Ever since then, Popes were being carried in special chairs with openings at the bottom to display their signs of manhood to cardinals.

10. Alexander VI bribed his way to becoming a Pope in 1492. However, he fathered several children both before and after that. It was also believed that he might have also fathered Columbus.
11. The Vatican has the highest crime rate per capita. However, the crimes are rather petty and most of them go without punishment.

13. Vatican City grants no divorces and people can only get an annulment. Besides Vatican City, the Philippines is the other country without divorce procedures.