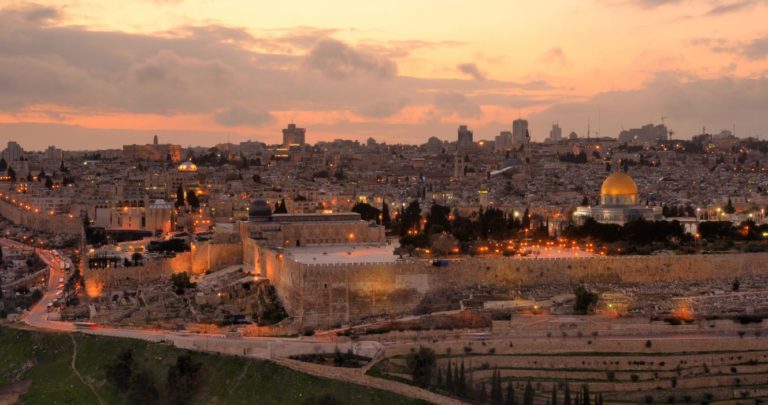 The first church in the world began in AD 30 or 33 in Jerusalem. The very first church was under the leadership of the apostles Peter and John, and later James. It was then when Jewish followers of Jesus met in the temple courts in Jerusalem, with other Jewish worshippers. Hence, the first church building was the Jewish Temple, also known as Herod’s Temple.
In the English translations of the Bible, the word church translates literally to ekklesia, an original Greek word which meant ‘an assembly, a gathering of people.’ Throughout history, the origin of the church is closely connected to the origin of Christianity. Until the 135, the first church and an important church center were Jerusalem.

However, many archeologists suggest that the Dura-Europos church in Syria is the oldest surviving church building in the world. On the other hand, the first purpose-built church is believed to be Aqaba Church in Jordan. The Etchmiadzin Cathedral in Armenia is believed to be the oldest cathedral.

A couple of years ago, archaeologists unearthed what they believe to be the first Christian church ever built. This church was found in a cave underneath the Saint Georgeous Church in Rihab. Jordan. Saint Georgeous was built in 230 AD and as such, it is considered to be the oldest proper church in the world.

The History of the First Church

The first Christian church started in Jerusalem out of the Jewish tradition as Jesus and his disciples were all Jews. So, the first Christians did not meet in separate churches but in the local Jewish synagogues. Hence, the earliest church was led by apostles Peter and John. However, St Paul was one of the main leaders to set up Christian churches throughout the Roman empire, as well as, Europe and Africa.

During the Roman Empire, everyone was required to show loyalty by standing before the statue of the Roman Emperor, putting a pinch of incense on the altar fire and saying, ‘Caesar is Lord.’ However, the only people who didn’t have to do so were Jews. As the Romans thought that Jews and Christians are the same, many non-Jews became Christians. Consequently, they started being punished for their beliefs. The persecution and the massacre of the Christians under Roman rule stopped when the emperor Constantine became a Christian.

Was the Catholic Church the First Church?

It is believed that the Catholic Church begins with Jesus Christ and his teachings from c. 4 BCc. AD 30. The Catholic Church is considered to be a continuation of the first Christian community established by The Disciples of Jesus. According to Catholicism, the first church in the world was a Catholic church, and Lord Jesus Christ founded it in the year 33. Apostle Peter was appointed as the first vicar or pope.

1 thought on “Was the Catholic Church the First Church?”