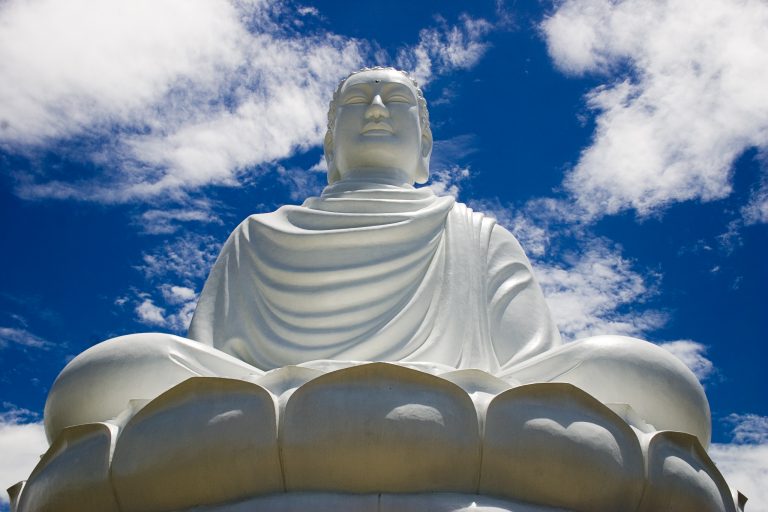 If you’re a history buff, you probably know that the Vietnamese culture is one of the oldest and most diverse ones in Southeast Asia. And when you think about the fact that the nation started to expand after gaining independence during the 10th century, it becomes pretty clear why you might notice some bits and pieces of other cultures that have been influencing the residence of this place for centuries.

Because of this, many individuals often get confused when thinking about Christianity, religion, and culture in Vietnam, and if you’re in the same situation, the article below might shed some light on the entire topic. So, without further ado, let’s take a closer look at some interesting aspects of the traditions and belief locals have there.

Their Social Values And Customs Revolve Around Family

If you ever visit this amazing place, you’ll see that the people there value family and ‘clan’ over individualism. What is a clan? Well, it’s, perhaps, the most important social unit in the nation, and every clan has a patriarch that’s in charge of leading it. Although this was commonly seen in the past, there are some parts of the land that still have these customs and traditions.

Additionally, it was a custom that weddings were arranged by the parents of the young couple, however, this cannot be seen there anymore, meaning that the youth has the freedom of choosing their own partners. Nonetheless, the traditional wedding ceremony is still respected and many individuals choose to follow complex celebrations and rituals.

Their Cuisine is Diverse And Often Spicy

No article on Vietnam would be complete without mentioning their incredible cuisine that has been valued and appreciated all over the globe. As their culture, their cuisine is also diverse, and it can be divided into 3 categories – the north, central, and south. There is a wide range of noodles that are prepared here, and people generally like to use less oil and more veggies in their meals.

Rice is the staple of the nation, and some of the most popular ingredients include soy & fish sauce, mint, and basil. Keep in mind, the locals there love spicy food, which means that you should be extra careful if you head to this land and decide to try some of their street food.

There Are Multiple Religions You Can See

As we mentioned, it is a diverse country, which is why it’s quite logical that there are more than 40 religious organizations there and 6 major religions. However, for the sake of this article, we’ll be mentioning 4 of them seen in the nation, and they include the following:

Currently, there are over 10 million Catholic believers in the nation, and if you ask some historians, they’ll probably tell you that it was first noticed in the land in 1533. Though there are so many Catholics, it unknown whether or not the Pope will visit them, especially during the COVID-19 outbreak.

This religion is, perhaps, the oldest one there, mostly because it was introduced in the early year’s AD. Buddhism reached its peak while the nation was going through the separation with China, and currently, it attracts more than 11 million believers from all over the country.

It’s worth mentioning a bit more about this indigenous religion, introduced by Go Ken Pagoda. At the moment, there are more than 3 million Caodaism followers, and the religion is identified by a wide range of complex traditions and prayers that most followers comply with.

A lot of Muslim believers come from the Cham clan. It was first introduced in the 10th or 11th century, and currently, the number of followers is growing, with more than 85.000 people participating in prayers and traditional ceremonies.

If you want to learn more about the culture of Vietnam, check out https://exploreonevietnam.com/vietnamese-culture/.

Traditional clothes have changed quite a lot, and people nowadays can choose what they want to wear. However, during the Nguyen dynasty, there were a few restrictions to what colors and type of clothing commons can wear and one of the most popular examples of this is that people had to wear traditional costumes.

When it comes to the color restrictions, a golden-colored wardrobe was reserved for the nobles of the dynasty, while red and purple were commonly worn by aristocrats and the elite. The headwear has also changed, however, as you probably know, the conical hat is still widely worn by commons across the land.

There Are Many Festivals

There is a wide range of festivals celebrated there, including traditional and ones adopted from other countries. The most popular and notable ones? Well, they have to be the Mid-autumn lantern festival, Buddha’s birthday, and of course, the festival that is celebrated during the Lunar New Year. These festivals are some of the oldest traditional festivals there, and if you’re ever planning on visiting this beautiful and interesting nation, a lot of locals recommend that you do it during the celebration of one of these festivals, especially since it’s a perfect way to learn more about the customs and traditions people have there.

The Marital Arts Were Influenced By Chinese Practices

Although it was influenced by Chinese martial arts and practices, Vietnam has a well-developed tradition of martial arts. In fact, the “Viet Vo Dao” philosophy guides the practices across the country. It can be said that it has been connected with spirituality mostly because of the popularity of Taoism and Buddhism.

If there is one popular move that you know, it’s the ‘scissor kick’ and although the martial arts here are less popular in the world than Japanese or Chinese practices, it’s slowly spreading to some other nations as well, especially since you can now find different schools teaching Viet Vo Dao.

Vietnam is one of the most diverse and interesting countries in the world. Most people there value family over individualism, their cuisine is spicy and filled with vegetables, and the celebration of different festivals are some of the most beautiful ones anyone can experience and see.

So, now that you have learned more about this old nation, you might not want to waste any more of your time. After all, there are so many other things to learn about this nation, hence, open up a new search tab, and start looking for additional information about this wonderful land.