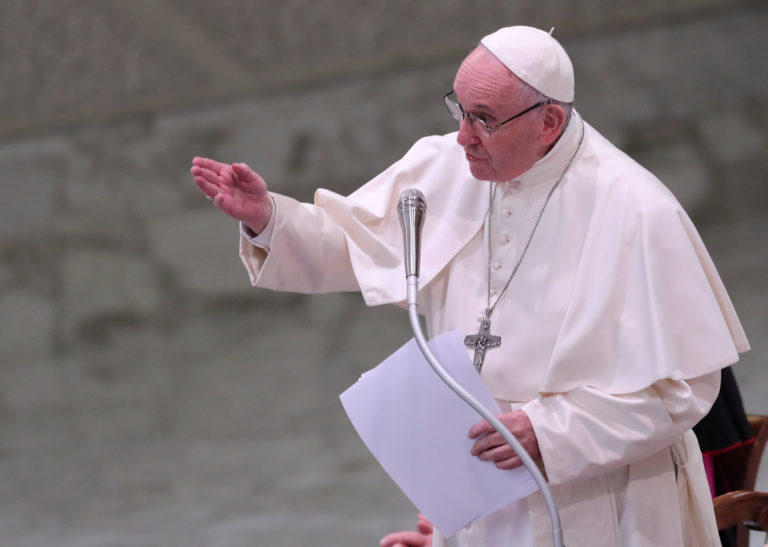 Pope Francis has always been a big proponent of education. The pope himself is educated at Jesuit schools and has been teaching theology, philosophy, literature, and psychology at various schools and universities.

Recently speaking with students and teachers from Italian and Albanian Jesuit schools in Rome, the pope emphasized the importance of education. Most of us know how to be simply students ourselves, we learn and pass our grades. We even prepare for big exams like checking on different references like this homepage.

“Why do you go to school, what would you answer me? There would probably be many responses, according to each of your feelings and outlooks. Perhaps they could be summarised by saying that school is one of those environments where we learn to live; that is to become mature men and women, capable of making a good journey in life,” His Holiness said. “How does school help you to grow? It helps you not only in the development of your intelligence but by an integral formation of all of the components of your personality. The principal element of education is to learn to be generous. Saint Ignatius taught us that magnanimity is the virtue of the great and of the small – Non coerceri maximo contineri minimo, divinum est (Not to be constrained by the greatest, yet to be contained by the smallest, is divine). Magnanimity enables us to look to the horizon. It is to have a big heart, to have a great spirit, and to have great ideals. It is the desire to do great things to respond to that which God asks of us. However, generosity is truly shown in doing well the simple things – the daily chores and responsibilities, and the ordinary encounters with people. It is doing small things every day with a big heart open to God and to others. So we tend to a human formation aimed at generosity. School not only expands your intellectual dimension, but also the human heart. In a particular way, Jesuit schools are attentive to developing human virtues such as loyalty, respect, faithfulness, commitment.”

This is perfectly aligned with his own education. After finishing the technical secondary school Escuela Técnica Industrial N° 27 Hipólito Yrigoyen, Pope Francis joined the Jesuit order as a young man. He enrolled at the archdiocesan seminary, Inmaculada Concepción Seminary, in Villa Devoto, Buenos Aires, before becoming a novice in the order. He continued his studies of humanities in Santiago, Chile. He majored in philosophy from the Colegio Máximo de San José in San Miguel, Buenos Aires Province in 1960. Additional information on philosophy can be found at ultius.com.

Even after obtaining his degree, Pope Francis continued his studies, this time at the Philosophical and Theological Faculty of San Miguel (Facultades de Filosofía y Teología de San Migue, a seminary in San Miguel, in order to be ordained as a priest, which he became in 1967. He then spent some time at the Sankt Georgen Graduate School of Philosophy and Theology in Frankfurt, Germany, but was recalled to Argentine before he could finish his thesis.

Pope Francis held several teaching positions. He taught psychology and literature at the Colegio de la Inmaculada Concepción, a high school in Santa Fe. Later, he was hired to teach the same subjects at the Colegio del Salvador in Buenos Aires. After graduating from Filosofía y Teología de San Miguel, he stayed there as a professor of theology. He returned to San Miguel in the 1970s to serve as a rector.

As both the Archbishop and Cardinal, Pope placed a lot of emphasis on education, stating that it can help fight poverty and help young people better understand God. His commitment to social justice has placed him at odds with both Jesuit order and Church itself on several occasions. That didn’t stop him speaking his mind.

During his talk with the students and teachers, Pope Francis took some time to speak about the role of educators in religious education, saying:

“May I speak directly for a moment to our educators – Jesuits, teachers, school staff and parents? Do not be discouraged by the difficulties that the educational challenge presents. Educating is not a job but an attitude. It is a way of being. To educate well, we need to step out of ourselves and be among young people, to accompany them in the stages of their growth, placing ourselves at their side. Give them hope, and confidence for their journey in the world. Teach them to see the beauty and the goodness of creation and of humanity, which always retains the imprint of the Creator. Most importantly, be witnesses with your lives. Educators –Jesuits, teachers, school staff, or parents – convey knowledge and values with their words, but they make a difference when they back up words with their personal example; that is with the coherence of their life. Without this coherence, it is not possible to educate. You are all educators; there are no proxies in this field.”