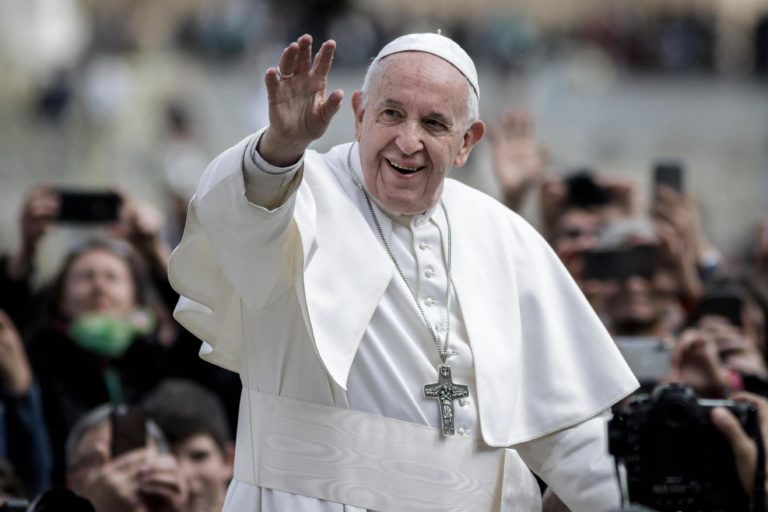 It is not uncommon for the Pope to meet with politicians, religious figures, and other prominent world leaders, however, it seems like the Pontiff has added meeting celebrities and athletes on his extremely busy agenda. There is no way to tell whether or not these meetings deeply resonate within these people who so many look up to, but many of them are truly and visibly touched during such encounters, expressions of joy evident on their faces. So here are some of the celebrities who had the chance to meet Pope Francis.

The actor and environmental activist met briefly with the Pope in January 2016. The meeting was only 15 minutes long but was enough for them to exchange gifts and have a short chat. Although it is unknown what the two discussed, there is a high chance it had something to do with the environment and the issues surrounding it.

After the screening of her movie Unbroken in 2015, Angelina had the chance to meet Pope Francis. He did not watch the film but exchanged a few words with Jolie afterward. Jolie, who can be seen in photos gently clasping Francis’s hands and smiling, visited the Apostolic Palace in the company of two of her children, her cast member, and her brother.

In May 2016, the actors visited the Vatican to receive the Olive Medal of Peace award for their involvement with Scholas Occurrentes – a global initiative to foster peace and promote integration through education. During their encounter, the Pontiff reminded the actors of their responsibility to help the world recover the language of gestures. You can visit https://bestinau.com.au to read more about this.

Ahead of an international match between Italy and Argentina, the two met in August 2013, when numerous soccer players enjoyed a private audience at the Vatican. According to the soccer player – it was without a doubt, one of the most special days of his life.

The action movie giant and former governor of California, Arnold Schwarzenegger met the Pontiff during the weekly General Audience, in January 2017. After their encounter, the actor took to Twitter to express his admiration and say what an honor it was to meet His Holiness.

In February 2016, the actor, his wife, and two daughters had a chance to meet Francis during the General Audience. According to Joseph, he tried to keep a calm, cool face but ended up blubbering like a baby.

Gloria Estefan attended a private Mass with the Pope at the Vatican in 2013 and also had the chance to sing for him when he visited New York City in 2015.

In 2016, the U.S. director had a private, 15-minute audience with the Pontiff during which they discussed Martin’s movie Silence. Scorsese gave Francis two paintings which were, according to the Vatican, connected to the theme of the ‘hidden Christians’.

There is no way of knowing why Pope Francis has made such a commitment, especially when he is such a busy person. However, if one was to guess, it probably has to do with the Pope’s method of evangelizing all people, connecting with the culture, and serving his faith to the best of his ability.