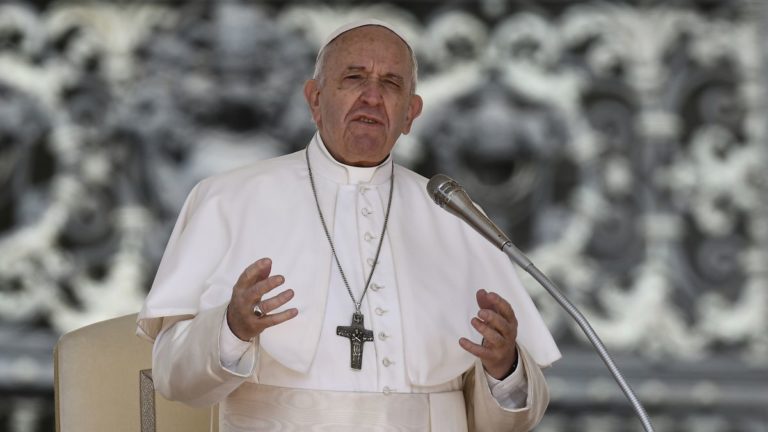 The cultures of the world are divided about abortion, and how it is or it is not ethical to do. There are still nations where abortion is forbidden, and recently some states in the U.S.A. also put in order law about forbidding the abortion. The Catholic church is also known for saying that abortion should not be legal, and Pope Francis recently has a speech about that topic. Here is what he said.

The leader of the Roman Catholic Church said that abortion is a great sin and that for him that sin is like murder. He was speaking about the legitimacy of taking out human life in order to solve a problem. Also, he was talking about the divinity of human life and how no one should have the right to choose the option to prevent the birth of life. Pope Francis also showed some sympathy for women who already had abortions and made forgiveness for their sins easier. But still, he says that abortion is equal to murder.

The reason for his speech is a recent anti-abortion campaign is some of the states in America such as Georgia, Alabama, and Missouri. These countries have adopted some rigorous laws related to abortion and its reduction. The Vatican is known as a sponsor of anti-abortion campaigns. Pope Francis says that abortion is not only a religious issue, but also ethical, human one. In further speaking, he was talking about how every baby, even one with mortal diseases must have some chance, and we must give them medical care.

Also, for Pope Francis prenatal diagnosis is not an excuse for abortion. For him, prenatal diagnosis is individual and maybe some baby can survive even if the doctors say it can`t. Babies in the uterus are like small patients and can be treated with medical care, even before they get born. He was speaking about doctors, and about how they are on the mission to save lives and to take ones. So, in that order, they should advise parents to never think about abortion and always give their best to save as many lives as possible.

The conference where Pope Francis was speaking was organized by several foundations. Family and Life, Dicastery for Laity, and Heart in a Drop. These foundations work in order to help the children that are born in extreme conditions, and with some serious diseases. The most authentic sentence from the whole speech is when Pope Francis blamed both parents and the doctors for having an abortion. He said that abortion is like hiring a hitman. The parents are the one who hires him, and hitman in this situation are doctors who willingly perform this process.

Before this event, the Pope had some interviews where he was also speaking about the legality and morality of abortion. He also touched upon other topics like homosexual marriages, the immigration crisis in the middle east. It was interesting that he was gentle for a gay population this time when he said “Who am I to judge” about that topic.
The main topic that has been discussed lately in many interviews is the increased number of abortions in the world and how to stop it.