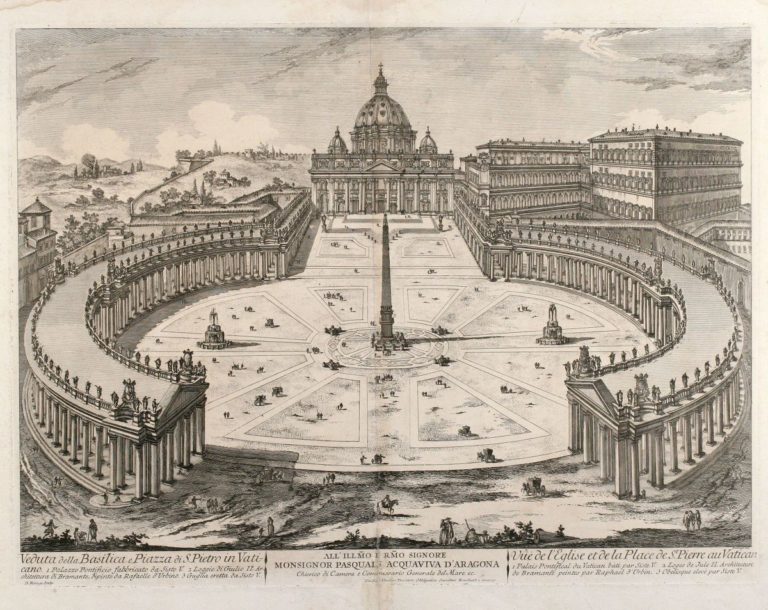 The Vatican is one of the most mysterious and interesting places in the world. The reason for this lies in the fact that it is not only a city that is also a state but it is also a city and a state which is located in another city, i.e. in Rome. Apart from this, it is very interesting due to the fact that it is the only state in the world that is ruled by a person who is also the leader of the entire church. More precisely, the ruler and monarch of the Vatican is the Pope and he is also the leader of the Catholic Church.

The foundation and early history

It needs to be mentioned that the very name “Vatican” exists and it is in use since the existence of the Roman Republic, and the name appears for the first time between 14BC and 33AD. Since it was located in the middle of Rome, it was actually the epicenter of the political, economic and cultural life of the Roman Empire throughout its existence. From the moment of the beginning of the Christian religion, the followers of Christ started to spread all over the Roman Empire, and since Rome was its capital, a lot of Christians came to Rome or simply were taken there as slaves. During the course of history, their numbers in Rome grew.

However, Rome became famous and popular at that time since one of Christ’s most important followers, St. Paul, came to Rome and preached Christianity there. It was his presence there and his tomb that are the places of the foundation of the Roman Catholic Church. In order to mark his grave, the Christians and Christian Roman Emperors decided to build a basilica over his grave, and it is the exact place where St. Peter’s Basilica is located even today.

With Christianity being the state religion in the Roman Empire, the number of Christians started to rapidly increase. And even after the dissolution of the Empire, there were many smaller states with rules who were converting from Paganism to Christianity. It needs to be mentioned that this marked the rise of power of the Popes that were in Rome since they were the most important not only religious but also political leaders in the Western World. They gradually grew so much that they founded the Papal States in what is today Central Italy. These states existed all until the 19th century when the vast majority of the area it occupied was incorporated into the Kingdom of Italy.

It should be also mentioned that during the rule of these states, the Popes were not in the Vatican. Quite the contrary, they had Lateran Palace on the quite opposite side of Rome. Furthermore, for some time in the 14th century, they lived in Avignon, France. During the conquests that led to the formation of the Kingdom of Italy, the Popes were not on good terms with new authorities and they even disputed their rule over Rome.

The status quo between the Vatican and the Kingdom of Italy was unbearable and it was tried to come to a solution that would suffice both sides. The solution was achieved on the 11th February in 1929 when the Vatican officially became an independent country that would be known as the Holy See, which means that it rules of the millions of people all over the world. The treaty was put into effect on the 7th of June in 1929. It needs to be mentioned that the treaty itself is considered to have three parts. The first part of the treaty is the treaty of conciliation that has 27 articles.

Secondly, there is also a financial convention that has 3 articles, and, finally, there is a concordat that has 45 articles. All these are actually guiding the relationship between the Vatican and Italy and establishing the rules that would be followed. It should be noticed that the treaty recognized the Vatican as an independent state that has the surface of 44ha. The treaty also makes definitions and regulations between the Church itself and Italy.