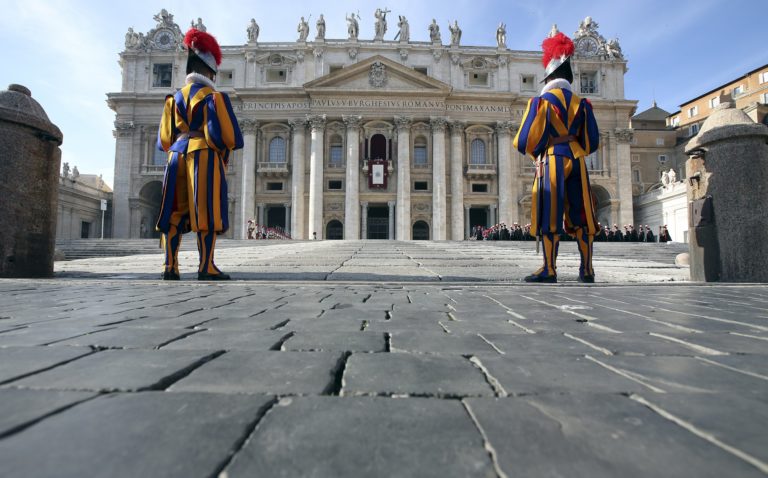 The Vatican has always been a mystery by itself and the reasons for these are various stories about its origin, how it functions and what things are located there. Some of the mysteries are related to the things that are actually placed and located beneath the Vatican itself. Many people have always wondered and made up various stories about the things that can be found there. So, what really lies beneath the Vatican?

The general term for the things that are located under the Vatican is The Vatican Necropolis. It should be added that the depth of the things that are located under this city is different and it can go from 5 to 12 meters in depth. The entire necropolis is believed to be actually next to the Circus of Caligula and the reason for the necropolis to be located there was the law from those times that prohibited burying of people inside the city.

It should also be noted that Caligula’s Circus also had an obelisk at the top of it. The obelisk stood there for millennia before it was finally decided to move it, the decision made by Pope Sixtus V.

It was not always known what lies beneath the Basilica of Saint Peter, however, the Vatican itself wanted to find this out and this was the reason why a team of archaeologists was hired so that they could perform excavations there. The excavations took place from 1940 to 1949. The Pope who ordered these excavations was Pope Pius XI and it should be noted that he did this out of a bit selfish reason. Namely, this pope wanted to have his final resting place as close to the founder of the Catholic Church as possible. First of all, it was established that the necropolis was located under the basilica and that it dated from the times of the Roman Empire.

Saint Peter is considered to be the founder of the Roman Church. It should be noted that this apostle was declared as a martyr during the reign of Emperor Nero, the exact year of this declaration is not known, but it is believed that this took place either in 64AD or 67AD. The stories and beliefs place the final burial place of this Apostle and martyr under the current Vatican City, i.e. somewhere within the Vatican Necropolis. The belief is also that the tomb is located somewhere near the Circus of Nero. It should be also noted that the first Saint Peter’s Basilica was constructed under the directive of Emperor Constantine. The belief was also that this basilica was constructed exactly above the grave of Saint Peter’s alleged grave.

It should be added that the excavations became more prominent in the 20th century and during the reign of Pope Pius XII, as described earlier, in order to find the grave of Apostle Peter. During these excavations, it was established that there are numerous buildings and mausoleums underneath the current basilica. As far as they are concerned, it should be said that they were built in different eras. First of all, mausoleum A was constructed and then B, C, D and E. after these, various mausoleums have also been constructed in the ancient period. During these excavations, it was established that there are 22 tombs and that these tombs witnessed over 1,000 funerals.

For all those who would like to explore these graves, tombs and the entire necropolis that is located under the Vatican, there is a special tour organized with guides in several different languages.