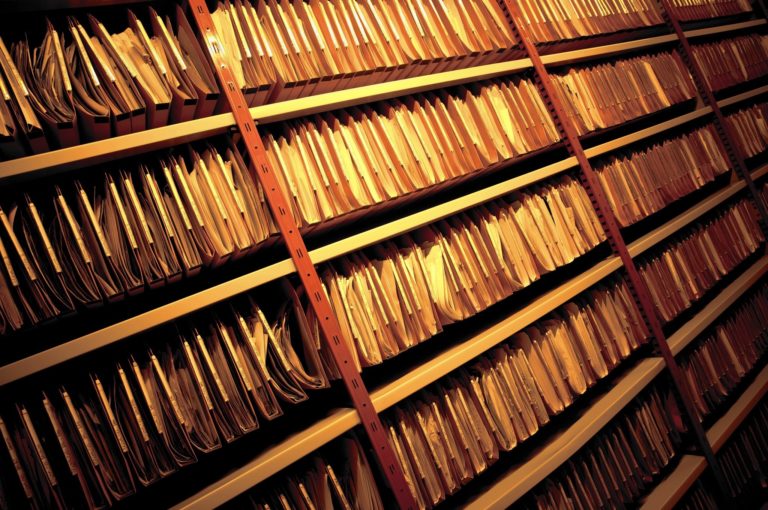 Archivum Secretum seems like it means “secret archive”. However, the translation is more accurate and closer to “private archive”. It serves as a place where personal documents every pope are stored and kept safe. What is interesting is that its contents inside were never really intended to be a secret.

Still, not everyone can walk in and look around the archive. They were founded in 1612, and until 1881, they were completely closed to the public. It was in that year that Pope Leo XIII started to allow Catholic scholars to conduct studies and researches among the extensive stacks. Additionally, in more recent years, the restrictions have been further relaxed, but security and protocols do exist. Today, only accredited scholars can enter, while journalists, students, and amateur historians are banned. Even if you meet all of the requirements to examine the texts from the Archives, you are not allowed to browse. Scholars are only allowed three folders a day and this can be a gamble because not everything is cataloged. Ones that are cataloged are written in either Italian or Latin, too.

Three years ago, Vatican celebrated the 400th anniversary of the Archives, by making 100 items available for the public to view. For the first time ever, people could see these treasures, and at the Capitoline Museums in Rome. As they have 50 miles of shelving and documents from the eighth century, 100 items barely scratch the surface of what they own. Without the unique access and a plane ticket to Rome, those 100 documents, and any others that scholars had the pleasure to view are all we know of the “Secret Archives.” Below is the list of 15 of the most important pieces familiar so far. Read on to learn more about them.

On January 3, 1521, Pope Leo X issued his papal bull Decet Romanum Pontificem. It excommunicated Luther and launched the Reformation. Earlier Exsurge Domine from popes had given Luther 60 days to recall his condemnation of the Church, which he stared in his 95 Theses. Luther responded to this by burning his copy of it.

In 1530, Henry was heirless and eager to marry Anne Boleyn. However, divorce was not permitted by the Catholic Church. Despite the 3 foot wide letter that 81 Members of Parliament and clergy signed, including the Archbishop of Canterbury, Pope Clement refused. He also paid no attention to the threatening language that warned “a refusal of annulment would require recourse to extreme measures for the good of the kingdom which we would not hesitate to take.” What resulted was the formation of The Church of England. Many seals of the signatories were affixed to this petition with red ribbons, which was a practice that is sometimes is thought to be the source of the term “red tape” most of the time.

3. Transcripts from the trial of the Knights Templar

After they have enjoyed centuries of wealth and privilege as the elite army during the Crusades, the prestigious status of the Knights Templar became a liability. Most likely to avoid his financial debt to the order, King Philip IV of France arrested all of the knights on October 13, 1307, and charged them with heresy. After years of torture, many admitted to these made up charges and were burned at the stake. Pope Clement disbanded the Order under after he was pressured by Philip. In 2007, a 60-meter long document with the minutes from the years-long trials was made public. It revealed that the pope first intended to pardon the Knights Templar before he was pushed into condemning them.

4. Correspondence relating to the trial of Galileo

By the 1600s, the scientists started to question if the Earth was the center of the universe after all. The Church said that it was, and it persecuted anyone who claimed otherwise in public. Famous physicist and astronomer Galileo Galilei had already been arrested and hassled for his beliefs in 1616. He however successfully defended himself band claimed that he simply discussed the idea of a heliocentric universe, without actually believing in it. This argument did not hold up, and in 1633, when under Pope Urban VIII, the investigation found Galileo “vehemently suspected by this Holy Office of heresy, that is, of having believed and held the doctrine (which is false and contrary to the Holy and Divine Scriptures) that the sun is the center of the world, and that it does not move from east to west, and that the earth does move, and is not the center of the world.”

5. and 6. Letters to Pope Pius IX from Abraham Lincoln and Jefferson Davis

Both of these letters were written in 1863, which was the height of the American Civil War. Lincoln requested that the Pope accepts Rufus King as the USA representative to the Vatican, but did not mention the violence that was going on in his homeland. Confederate President Jefferson Davis fully detailed the horrors of “the war now waged by the government of the United States against the states and people over which I have been chosen to preside.” Jefferson made no attempt to be subtle and wanted the South to be recognized as an independent country by the Vatican. It failed, but narrowly. In a separate correspondence, the Pope called Jefferson Davis as the President of the Confederate States of America. Robert E. Lee believed that Pope Pius was the only world leader to recognize the Confederacy as a real state.

7. A letter from Michelangelo to Pope Julius II

This letter warned the Pope that Vatican guards had not received their paychecks in three whole months, and wanted to leave their jobs. It is sadly not clear what happened next as a result of this interesting warning by the famous artist.

On May 4, 1493, one year after Christopher Columbus “discovered” the New World, Pope Alexander VI issued the Inter Caetera that gave Spain control over all of the new lands 100 leagues away from Azores and Cape Verde. In today’s terms, this would mean that Brazil would be Portuguese while the rest of the New World would be owned by the Spanish.

9. The doctrine of the Immaculate Conception

On December 8, 1854, Pope Pius IX revealed the Ineffabilis Deus. In it, the Pope officially committed to the Apostolic Constitution that Mary was conceived without the “original sin.”

10. Letter from Mary, Queen of Scots, months before her execution

Because she was believed to be a threat to the throne, Mary was imprisoned for nearly two decades in England, after she fled there following a Scottish revolt and hoping Queen Elizabeth would protect her. She was executed on February 8, 1587. Several months before her death, she wrote to Pope Sixtus V from her prison cell at Fotheringhay Castle in Northamptonshire. She begged him to save her life and professed her Catholic faith. She also railed against her treatment and the alleged illegitimacy of the tribunal that confined her to a life of imprisonment.

This is the oldest loose parchment kept in the entire archives. It dates from as early as 809 CE and records a part of the donation to a particular church located in Venice.

12. Letter from Clement XII to the deputy of the seventh Dalai Lama

In this letter, Pope Clement requests protection for the Franciscan mission in Tibet, as well as the freedom for his friars to preach the Gospel there.

13. Design of the flying machine invented by a Brazilian priest

Bartolomeu Lourenço de Gusmão was a priest who lived in the Portuguese colony of Brazil during the late 1600s and early 1700s. He spent his life studying and theorizing on how disparities in density should allow some objects to float through the air freely. He attempted a number of demonstrations at the court of King John V of Portugal, and he also designed elaborate plans for an unfortunately never-completed flying machine. He called it the Passarola, and it looked like a giant inflated bird.

This bull was issued in 1198, and it launched the Fourth Crusade that ended in the capturing of Constantinople by the Crusaders. Although he originally sanctioned the Crusade, the pope condemned the sack of this massive city after learning it was extremely brutal. He referred to it as “an example of affliction and the works of Hell.”

This letter was written on a silk scroll, and it was sent by the Empress who converted to Catholicism. She appealed to the pope for help after the Qing Dynasty forced her to flee Zhaoqing. The letter however never reached Pope Innocent X, as he died before the messenger gained an audience to present it.