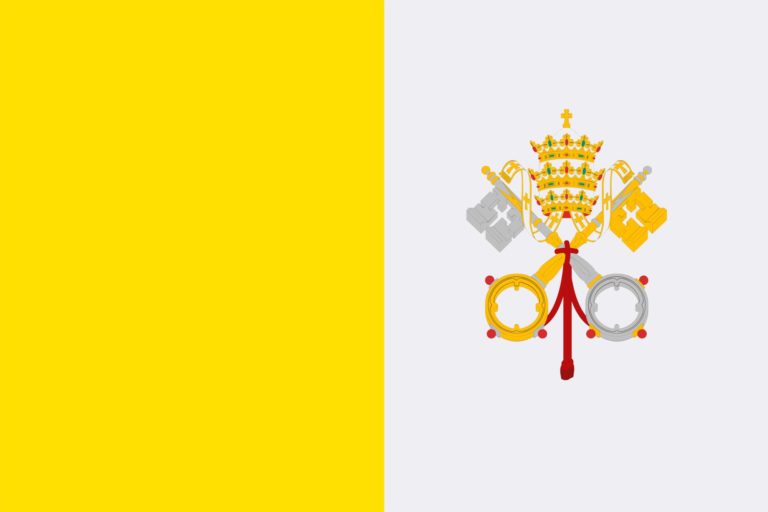 The flag of Vatican City is one of two flags in the world that are square, the other being the flag of Switzerland. It consists of two vertical bands, one yellow and one white. On the center of the white field, there is a symbol consisting of the crossed keys of Saint Peter and the Papal Tiara.

Both symbols are very important to Christianity. The leys refer to the keys of the kingdom of Heaven, given by Jesus to Saint Peter, according to the Gospel of Matthew 16:19. “I will give you the keys of the kingdom of heaven, and whatever you bind on Earth shall be bound in heaven, and whatever you loose on Earth shall be loosed in heaven,” Jesus told Peter.

Papal Tiara has been a symbol of the Pope’s power for centuries. Although there were many of them, they all followed a similar design, that of the triregnum or triple crown. There are several explanations for this, but the most used one is that Pope represents “father of princes and kings, ruler of the world, vicar of Christ” and each crown symbolizes one of those titles.

During the Italian revolution, the flag fell in disuse, due to the ambiguous status of the Vatican after the dissolution of Papal States. It wasn’t until the Lateran Treaty in 1929 when the official Vatican state was established that the flag was reintroduced.