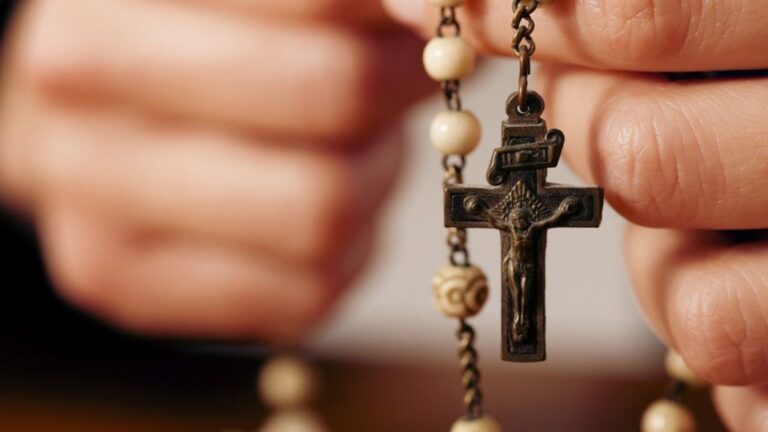 Catholic jewelry is and always will be popular. Partly to thank for that is the long roots and solid foundation that history has provided. Namely, by simply looking at history we can learn more about the origin of wearing such jewelry.
And that’s exactly what we’ll be doing in this article, so buckle up.

Can you think about the single most dominating symbol in Catholicism? The cross is widely synonymous with the religion, but it wasn’t the most popular type of jewelry as it is now.

The history of the religion tells us that Christians were prosecuted and hunted by the Romans in the early days. So wearing jewelry was naturally fairly risky.

It wasn’t until the 4th century A.D. that the cross became a popular jewelry piece. But if Catholics were prosecuted by the Romans, what type of jewelry did they wear in the early days?

The former was more formally known as a mariners cross. This was a type of jewelry that Catholics used as a symbol of faith and hope during hard times. The faith in Christ was what pushed these people to survive during the times of prosecution and hunting.

The latter was a jewelry piece that directly spoke of Jesus Christ. The Ichthys referenced Christ as “the fisher of men” and it was entirely made of two arcs resembling a fish.

These were the two most popular forms of religious jewelry during the early stages of the religion. And luckily for the faithful, they didn’t draw attention and lowered the risk of being prosecuted by the Romans and various other civilizations were Christianity spread.

The Emergence of the Cross and Crucifix

Both the cross and crucifix are hugely synonymous with the Christian faith. And like we previously mentioned, their popularity came in the 4th century A.D. At this time, Christianity became the dominant religion amongst the Romans, with many already converting from their previous deity worshiping.

In the following years, people got more and more creative with the cross, resulting in more than 50 types of the cross being found by archaeologists dating from 4th century A.D.

The most popular amongst these variations was the Latin cross. This type of jewelry is synonymous amongst the Romans and is even popular nowadays.

Other variations include the Greek cross, the Tau cross, the Saint Andrews cross, etc. 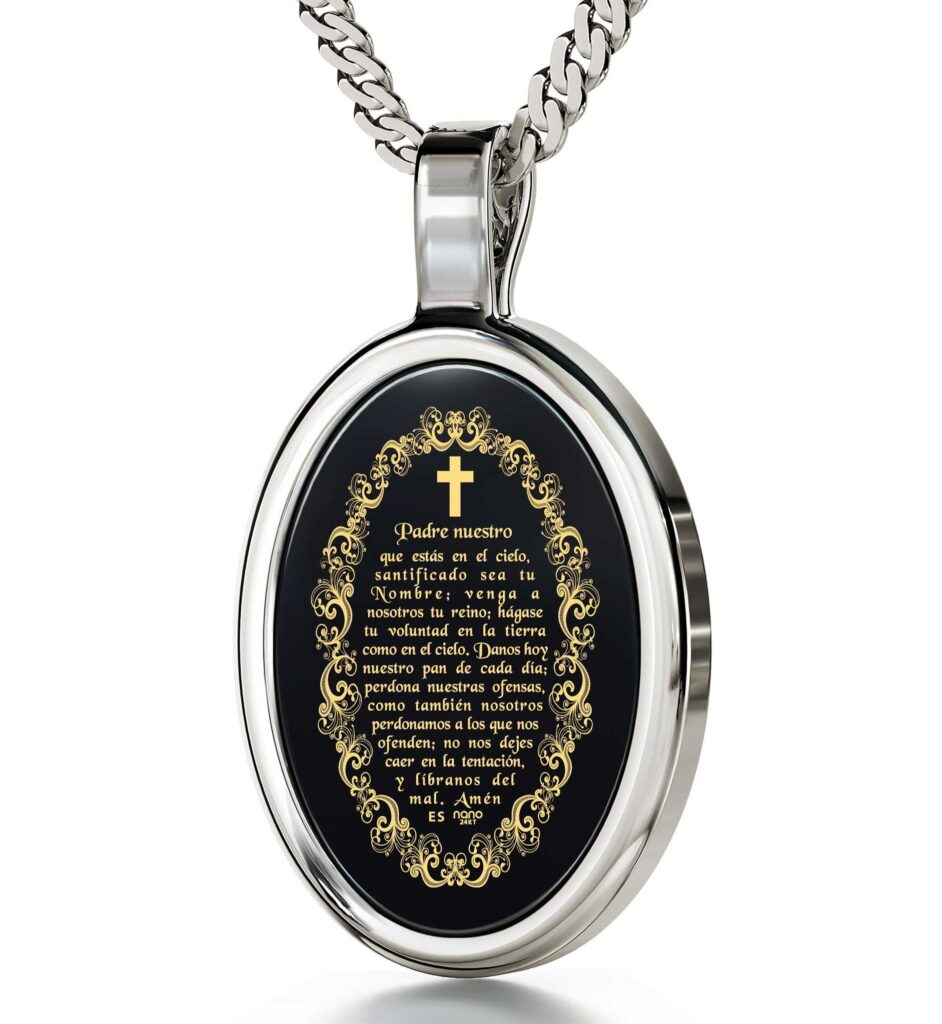 These were the type of religious jewelry that Catholics would wear on them throughout the day. The crucifix was a different type of jewelry though. Nowadays, the crucifix is a symbol of Christ’s Resurrection, while miniature variations were crafted as hand jewelry throughout history.

The crucifix in Catholicism is used to symbolize the sacrifice Jesus Christ makes for the salvation of all.
Both were predominantly worn as necklaces, with the crucifix being popular hand jewelry. Speaking of necklaces, you can see the similarity and effect the cross has had on the religions throughout history. Its importance is so great that modern Catholic jewelry revolves heavily around it.

You can see examples if you visit Nano Jewelry.

Medallions have always been popular throughout history, but the Catholic origin is more pagan than Christian. Namely, medallions were used by pagans to worship deities and gods. Naturally, the Christian faith banned the use and openly rejected it.

However, it wasn’t until the religion became more and more popular did the use of medallions become more apparent. The more Catholicism spread throughout Europe, the more people would substitute their pagan gods with Jesus Christ and

Contrary to their origin story, medallions are now some of the most popular types of jewelry that exist. Endless variations, dozens of types, and the ability to portray a particular Saint are the reason why.

The difference between medallions and crosses is that the cross has a form and shape that cannot be separated from. There isn’t an official rule as to how a medallion should look, and that’s what makes it so customizable.
And Catholics knew this. So once the use of medallions became more accepted within Catholic society, they quickly implemented various features and forms to make each piece look different than the other.
But wearing them also had a religious connotation. Namely, wearing a medallion from a particular Patron Saint meant the saint would protect them.

And there was more than one saint that people could choose from. Some of the most popular ones are St. Patrick, St. Francis of Assisi, St. Joseph, Mary, etc.

Why Do We Wear Catholic Jewelry?

In the modern-day, there could be endless reasons why a person would wear a crucifix or across. While that would instantly point out that the person is of the Catholic faith, each individual could have their reasons for doing so.
For example, a person wearing a crucifix might do it only because they find it fashionable. It isn’t as unusual as it sounds, as many people tend to wear religious jewelry to be fashionable.

Others might do it because they’re followers of the faith; strong followers. The faith in Jesus Christ can be easily expressed by having something to resemble. This is why the crucifix is so popular amongst the faith.

Wearing a crucifix is a sign of being a follower, and jewelry is the best way to express your faith. While we wear jewelry in the 21st century solely because it is fashionable, that wasn’t the case in the 4th century or 14th century.

Back then, religion was the only thing that kept communities together. And wearing medallions crosses, and crucifixes were a Catholic’s way of showing faith.