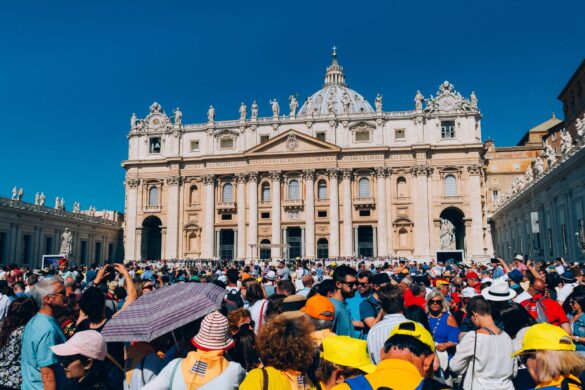 The Vatican is very specific, firstly due to the fact that this is a country and a city at the same time. It is being ruled by the Pope and it is the place where he lives. Not only that this place is a center of the Catholic church but it is also filled with magnificent art and historical legacy. The Vatican has a very small surface area, but this did not stop it from having so many different arts and monuments per meter squared, making the whole place so mesmerizing.

Once you get to the Vatican city, you should definitely visit St. Peter’s square, or as the Italians call it Piazza San Pietro. This enormous square holds a few objects that you will need to pay attention to and see them yourself. The square is circular, with the Obelisk in the middle. All around the square there are many statues that were made in order to commemorate the scientist that have been sacrificed for science. The square is important since the Pope will have his speeches during important dates, such as Christmas and Easter. 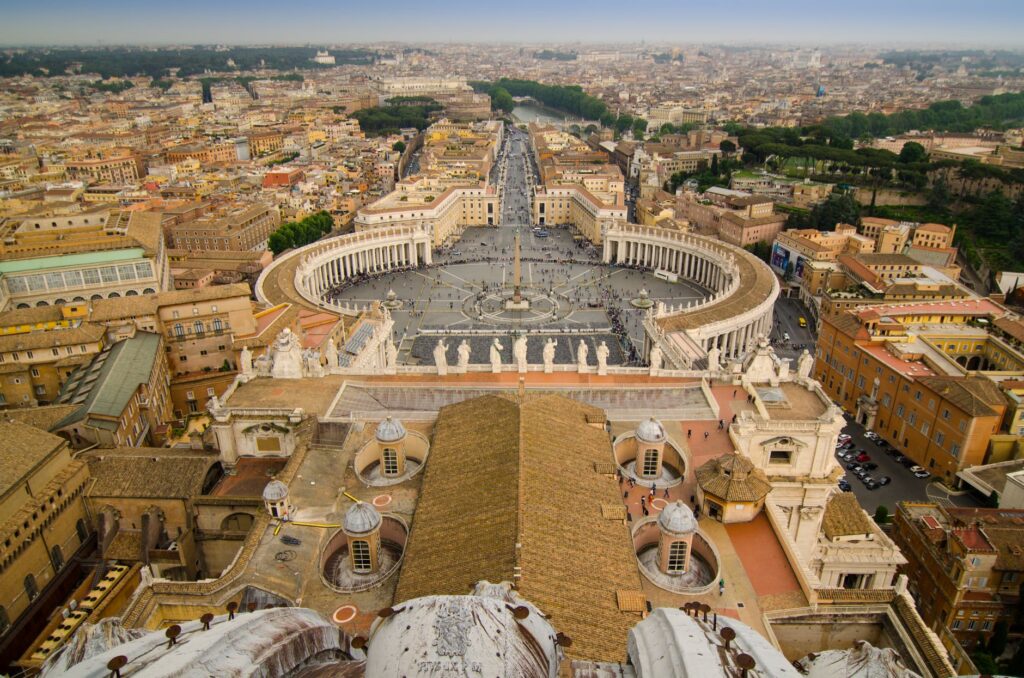 The central part of the St. Peter’s square is famous for having this magnificent structure called Obelisk. It was built in 1586 and once it was done and has a height of imposing twenty-five and a half meters. What is interesting that this was not his original place, but the Caligula, one of the emperors of Rome had it delivered all the way from Egypt. The very top of it is decorated with something that was very specific for the famous Chigi family, and these are five hills, star made of bronze, and the cross. The old tales are saying that underneath the Obelisk the remains of Caesar exist, as well as the parts of the crucifixion of Jesus.

The main building located in the named square is the Basilica of St Peter. This amazing church is considered to be one of the biggest in the world. The line to go inside is enormous, but it pays to go in and see the art that was made by many artists of the time of Renaissance. Michelangelo and Raphael are the artists that really gave their stamp when this church was decorated. Michelangelo is responsible for the central dome of the church, and if you have an opportunity, do climb the stairs all the way up and enjoy the panoramic view of Rome. In addition to this, the basilica has a tomb underneath and here many popes lie. 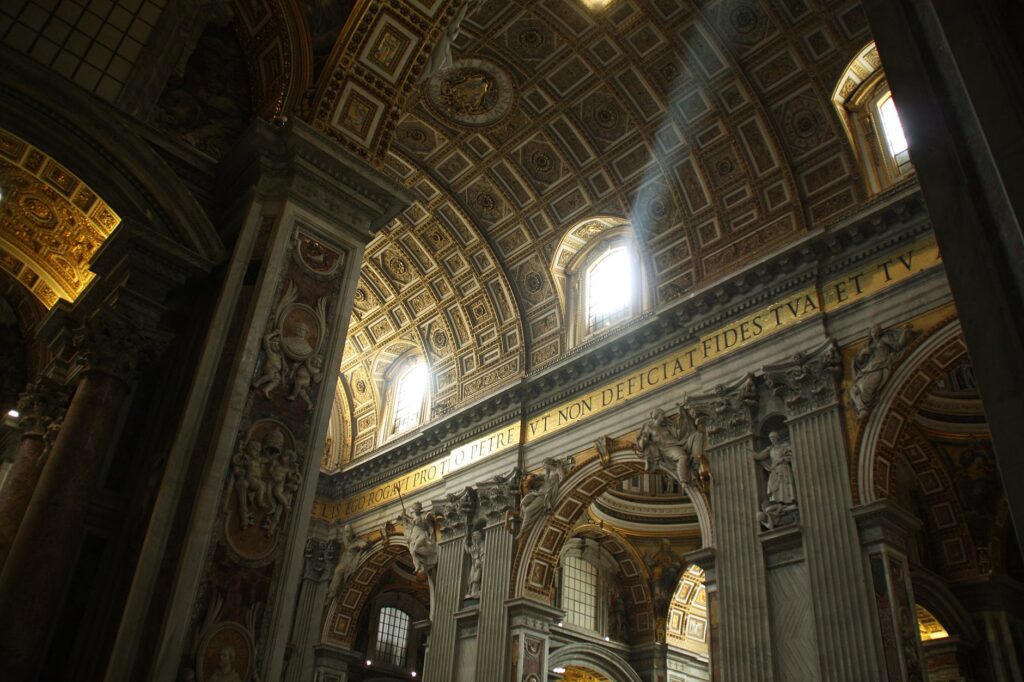 One of the most important in the world, the Vatican museum contains arts that are beyond this world. The arts have been collected by the Roman Catholic Church for many centuries and it is breathtaking. As you go through the museum, you will be left speechless many times, since the amount of art that you will witness on each and every step through is enormous.

If you are so amazed by the Vatican and the whole of Italy as such, and you want to stay there and have it as a primary place of living or have a real state there so you can enjoy it many times in the year, check out Prime Property and get the one that suits your needs.

The feeling when you enter the Sistine chapel for the first time cannot be described. The guards will keep the visitors very quiet and even though it is crammed with people, the silence of this place and its glory cannot be described. The whole dome was pained by Michelangelo and it is called “Genesis” and the mural of “the last judgment” will keep your eyes glued to it, while you can hear your heart beating. It is interesting that any picture taken is forbidden in the chapel, so do not try to do it. The chapel is very important since when new pope needs to be elected this is the place where all the bishops will gather in order to elect one. 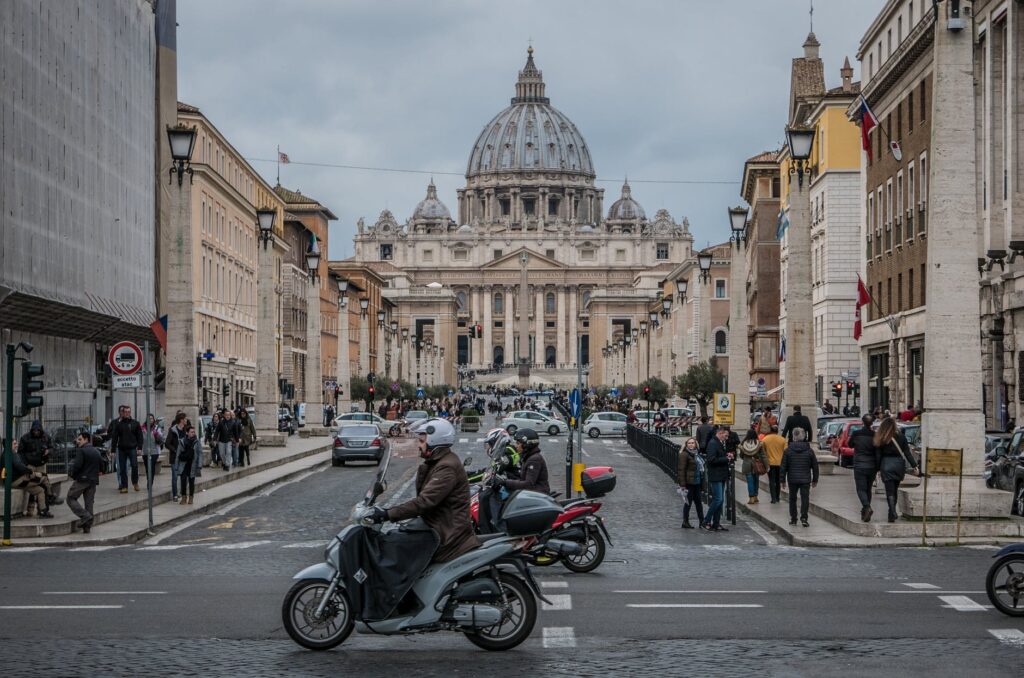 As years passed by, the famous Renaissance artist, Raphael was hired by the church to paint murals, the number of murals painted was sixteen, divided into four rooms. He was very young when hired, but this did not stop him to do such an amazing job, that it seems like each person that is painted has a life on its own. One of the most famous paintings is called “Sacred Controversy”, showing heaven and earth. It is truly something that needs to be experienced.

This part of the Vatican city is breathtaking, as it is the whole city. After you have seen all the art you can come to the park that occupies half of the area of the entire county. It is filled with different species of plants, and not only this but all through the park you can see different statues from many artists. The special part, Garden of Eden, is a place of importance and it is sacred and transcendent for the Catholics all around the world. The garden itself has, as mentioned, many sculptures, but the ones that are most popular are the pinecone made from bronze and a magnificent sculpture of the Earth. The whole garden is truly breathtaking and it is worth to visit it. 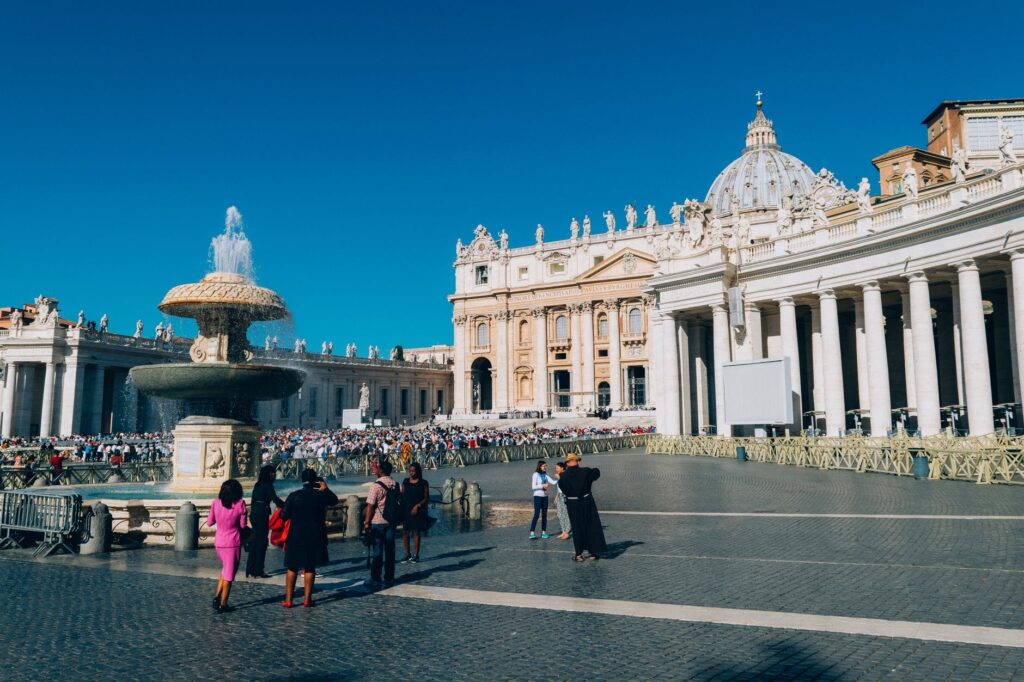 When it comes to the Vatican, everything connected to it is different and magnificent. Starting from the fact that it is both a city and a country, that is the center of the Catholic church and the residence of the Pope. The art that this small country holds is so indescribable that only by experiencing it you may see the whole worth of it. It does not matter what your religion is, the place is so breathtaking for all people and it offers an incredible amount of art per square meter of the country. The garden that makes up for half of the area of it is so beautiful that it will complete the entire visit and leave each and every visitor speechless.

Embracing Christianity While Raising A Child With Special Needs – 2022 Guide

8 Most Beautiful Catholic Churches in Germany You...

9 Top Place To Visit In Vatican For...