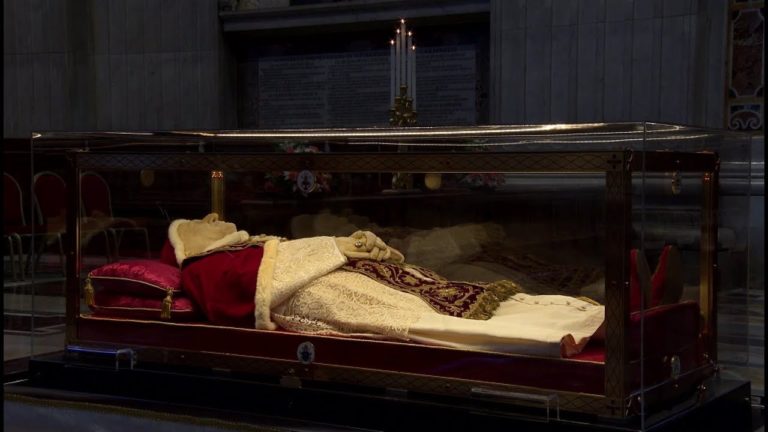 The Pope is one of the most important people on the planet and as such, each and everything about him and his life is interesting to the public even more if we take into the account the fact that there are so many mysteries around the lives of popes. One of those mysteries is undoubtedly the place where the popes are buried.

There is not a tradition and routine that is to be followed when a pope dies. First of all, it should be emphasized that each pope, during his own lifetime, makes his own funeral arrangements. In these arrangements, the Pope actually emphasizes and determines his will, his last message and how his funeral should look like. Also there is one tradition that is always followed and it is the period of mourning which lasts for the entire nine days. This period is also called papal interregnum and this practically means that the Vatican and the Catholic Church are without a leader. There is also another point to mention regarding the funeral. Namely, the burial and funeral itself never happened on the same day of the death or tomorrow, it usually takes four to six days for this to happen. As far as the funeral service is concerned, it is always conducted in St. Peter’s Basilica and it is not attended by clergy only, the world leaders, politicians and influential people from all over the world come to attend a pope’s funeral.

It should be mentioned that until now, there have been 264 different popes pleading the Catholic Church. It should be also mentioned that all of them are not buried at the same location since the historical conditions and events prevented this to happen and they were not always leading the church from Rome. Regardless of this, it should be also mentioned that from this number, there are about 100 tombs of popes that are existent and known, but not all of them are fully preserved. The vast majority of the earliest Shepherds of Rome’s burial places and tombs have been destroyed in various attaches and sackings of Rome by various invaders and vandals. Furthermore, it should be also noted that it was a practice to bury several popes at once, so in the earlier times, it was a very common thing to see that there were joint tombs for several popes.

So, as we have already mentioned, there were periods of times when the Popes were forced to leave Rome and to find refuge in some other places in Europe due to invaders or plagues. During the course of history, many popes were presiding and leading the church from Italy, France, and Germany. Consequently, some of the popes were buried in these countries and their tombs are located there. However, it needs to be added that these countries also suffered from wars and plagues and it also happened that the tombs of the popes were also desecrated or completely ruined by vandals or robbers.

One of the greatest tombs that are missing or was destroyed is the tomb of the founder of the Catholic Church, i.e. the tomb of Saint Peter. It should be also noted that it is believed that several of the first popes were buried near or in the same tomb as Saint Peter.

In the 19th, the 20th and the 21st century, the vast majority of the popes were buried in St Peter’s Basilica. The reason for this is a practical one since the Vatican became an independent country that was protected and cannot be attacked and thus the tombs were safe there. Furthermore, it would also mean that the popes would be buried at the same place and that the believers can visit them. On the top of all this, it should be also added that the vast majority of the popes would also have their own tomb in the basilica or just next to it; however, some of the popes have decided to be buried in a sarcophagus which is displayed and can be visited.