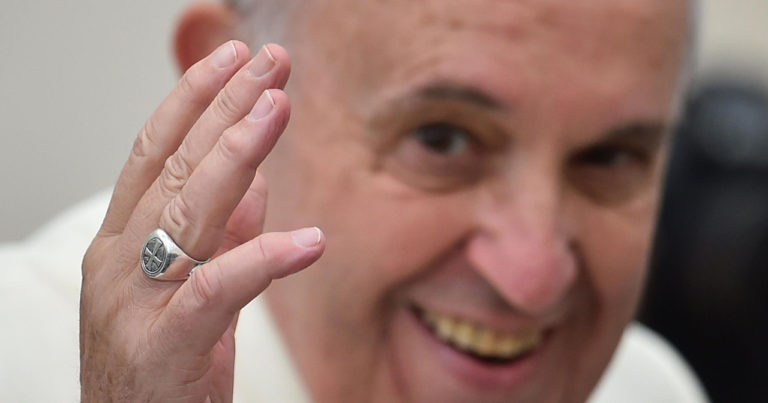 Throughout history, popes wore many rings, but none more significant than the Fisherman Ring, or the Piscatory Ring (from Latin Annulus piscatorial). It has been a part of papal regalia for centuries.

The first mention of the Fisherman ring is from 1265, in a letter by Pope Clement IV. Traditionally, it was used to seal the pope’s private letters, while a great papal seal was used for official correspondence. The custom was in use until 1842 when a stamp was introduced in red ink.

Each time a new pope is elected, a new ring was made. The basic design was always the same, an image of Saint Peter in a boat casting a fishing net, with the pope’s name above it. It symbolized the apostles as fishers of men, drawing them to one true faith, as in Gospel of Mark 1:17. Although it is hard to replicate the pope’s ring and make it valuable, you can select rings with other Christina motifs, and to do so, visit bikerringshop.com.

The ring of the former pope was destroyed immediately after his death by Camerlengo, in order to prevent forged documents from being circulated until the new pope is elected. The only exceptions were made when pope resigned and was allowed to keep his ring, like in the case of Pope Benedict XVI. Even then, the ring was defaced, so it can’t be used as a seal anymore. It has diagonal cuts in the shape of a cross were chiseled into it. Pope Benedict XVI was also the last pope who wore Fisherman Ring every day. Pope Francis prefers his ring from his cardinal days.

The tradition to kiss the pope’s ring as a sign of obedience is also not observed these days as it was in the past when it was mandatory. Pope Francis claims he doesn’t like people kissing his ring because it represents a risk of infection. Many in the Catholic Church have expressed their criticism over his disregard of the ancient custom, but there are also plenty of voices expressing their support for the pope and his actions.