The Rich Symbolism in Christian Art 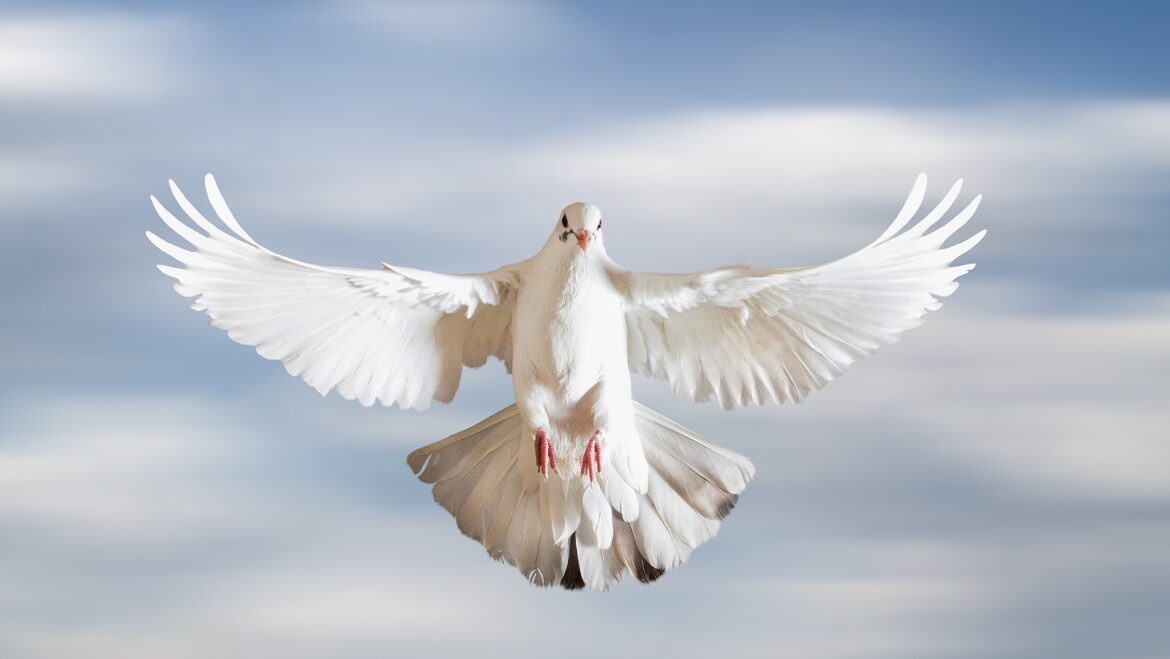 Symbols have always been an important part of Christian art. Centuries ago, especially in times of persecution, secret signs were used to help people pass on their faith and the habits of a faithful life. Today, symbols remind believers of God’s will, teach biblical truths, and memorialize God’s divine nature. In this day of popularization and secularization of church life and worship, it is especially important not to lose the rich language of Christian symbolism. Here you have some useful information about the most prominently featured symbols in Christian art and their meaning.

The meaning of sacred symbols in Christian art

1. The snake or serpent

One of the most unusual symbols in Christian art is the snake. Depending on the context, it may stand either for good and or evil. The snake may represent the fall of man from grace, the presence of evil, and Satan. Satan’s meddling in the affairs of men is usually depicted as the snake in a fruit tree. If the snake is slithering across the middle of a road, it defines the False Prophet showing the way to hell. The silver shield with the serpent has the same meaning. In another context, the snake or serpent may be a symbol of wisdom and craftiness.

In Christian art, the dove has always been a symbol of peace and purity, as well as a traditional representation of the Holy Spirit. Noah sent the dove out from the ark in the dory of the flood to see if the waters had receded. The bird brought an olive branch that meant God had made peace with man. For that reason, the dove is known to be a pure bird and is used to represent the grace and the seven gifts of the Holy Spirit. Besides, Joseph is often depicted carrying two white doves in a basket as an offering for purification after the birth of a child. The dove also sometimes appears on top of Joseph’s rod to show that he was chosen to be the husband of the Virgin Mary. 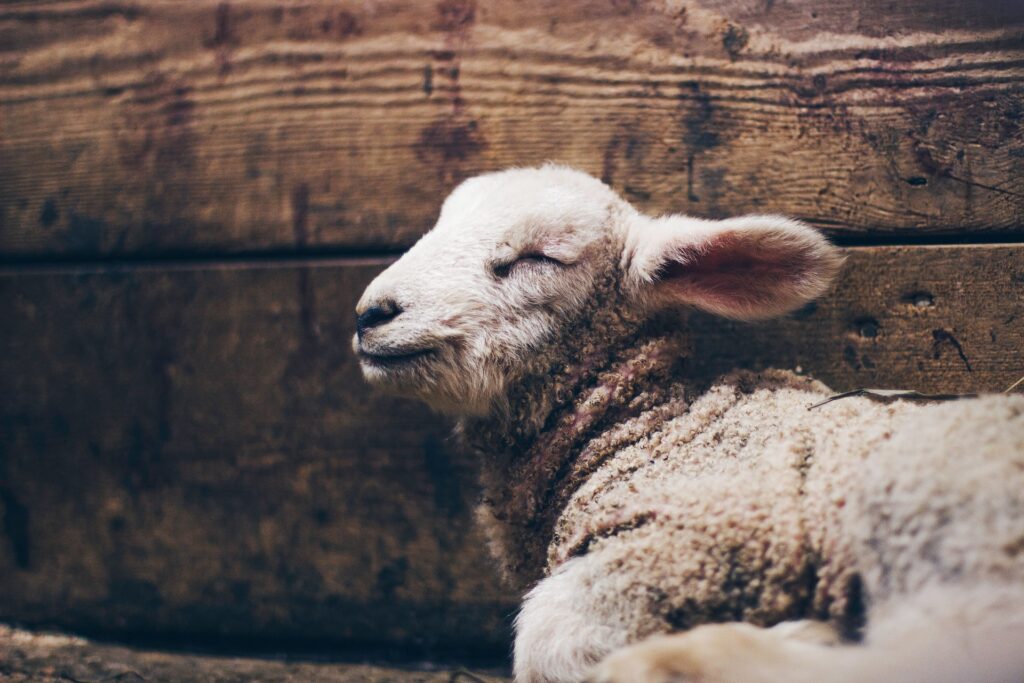 The lamb is one of the most favorite and frequently used symbols in all periods of Christian art. According to the numerous references in scripture, it most often defines Christ. The Holy Lamb is usually depicted wearing a nimbus and standing upon a small hill. The hill stands for the Church of Christ. The lamb may also symbolize a redeemed sinner when being shown with Jesus in a “good shepherd” pose. Plus, John the Baptist is often represented as the lamb bearing a cruciform banner.

The lion traditionally symbolizes solar energy. It stands for fortitude, wisdom, and strength. When the lion carries a banner, it is likely to represent the Hebrew Tribe of Judah. Besides, the Apostle Mark is usually depicted as a winged lion. The lion also often appears alongside Saints Jerome and Anthony. 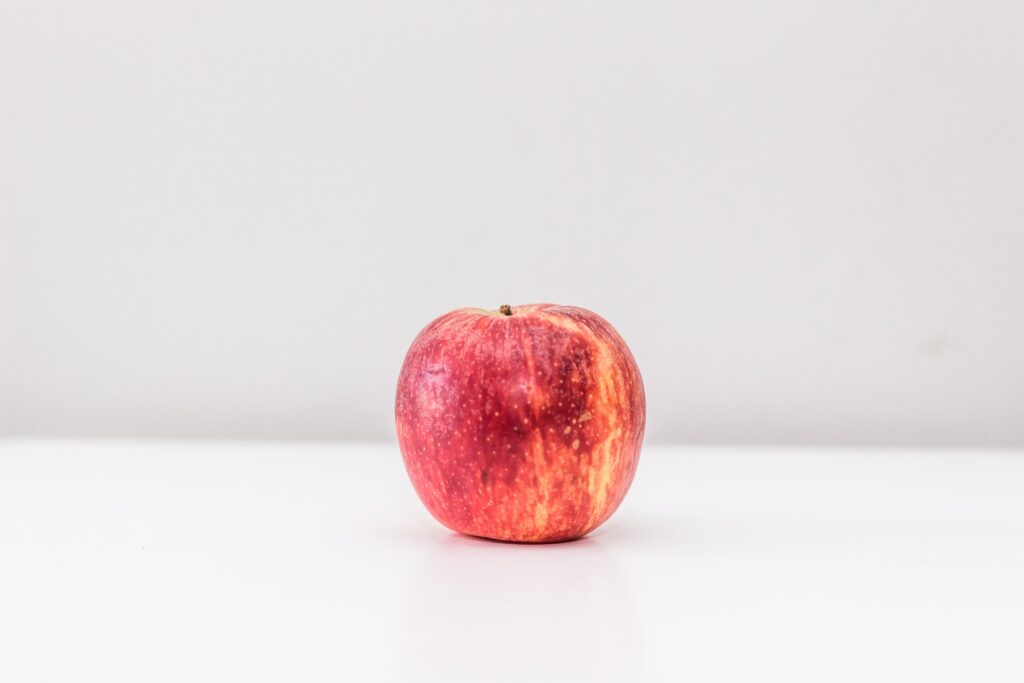 The Latin words for ‘evil’ and ‘apple’ sound identically. The reason for this is the legend about the Tree of Knowledge in the Garden of Eden. According to the legend, an apple tree was the source of Adam and Eve’s downfall. Therefore, Eve is usually shown offering an apple to Adam in the scenes of the temptation of Eve. In addition, the apple may symbolize Christ who took upon Himself the burden of man’s sin. Thus, the apple in the hands of Christ defines salvation, but when Adam is depicted holding the fruit, it stands for the sinful nature of human beings. Besides, three apples are treated as the attributes of St. Dorothea.

The olive is known to be the true biblical tree. Because of its great quantities of oil, it means the providence of God toward His children. The olive symbolizes abundance, new beginnings, fertility, and hope. The olive branch is a symbol of peace and, therefore, is frequently used in allegorical paintings of Peace. As it was mentioned before, the dove came in to Noah with an olive leaf in its mouth at the end of the great flood to declare that God had made the peace with men. Besides, the image of a dove with an olive twig indicates that the souls have been departed in the peace of God. In the scenes of the Annunciation, the Archangel Gabriel carries an olive branch to the Virgin Mary. 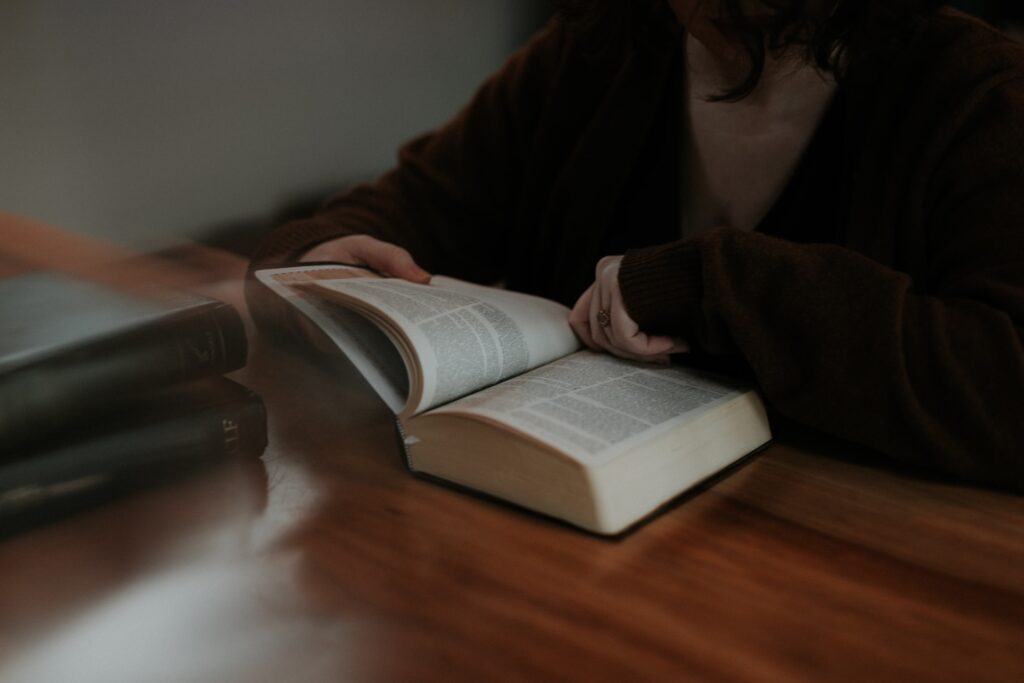 Thorn branches and thorns stand for tribulation, sin, and grief. Christ was crowned with a crown of thorns by the soldiers before the Crucifixion. A reverent allusion to this thorny crown is the tonsure of the priest. In the depictions of the saints, a crown of thorns symbolizes their martyrdom. For example, St. Catherine of Siena received the crown of thorns and the stigmata from Christ, so she is often depicted with them. It is also worth noting that thorn bushes usually suggest the minor sins while brambles or growing briars signify the greater ones.

Colors in Christian art are also known for their rich symbolism. White is the color of innocence, holiness, and soul. The Virgin Mary is often depicted wearing white under her blue robes. Black symbolizes the underworld, the devil, mourning, and evil overall. Brown defines earthiness and humility. Blue stands for clarity and truth. It is a symbol of the sky and heaven. Green signifies vegetation and life. It is a symbol of the resurrection. Yellow is known to be the color of the sun. It means revelation, revealed truth, and divine radiance. Red is associated with passion, blood, anger, and love. It is a predominant color in the images of martyrdom. It also symbolizes the fiery nature of the Holy Ghost. Purple is the royal color that denotes power, sorrow, and repentance. Sometimes, it is used to represent the mourning for Christ crucified. For more information about color symbolism in religious art, you can visit russianicon.com.

Christian artistic tradition is indeed full of rich symbolism. Hopefully, this short guide will help you better understand the sacred symbols in Christian art and their deep meaning.

How to Care for and Preserve Christian Relics and Artifacts

Which Type of Spirituality Can Help You Through...

6 Bible Verses To Keep You Motivated In...

How Does Art Relate To Spirituality And Religion?