Saint Helena was the mother of the emperor Constantine. She is considered to be one of the most significant figures in the history of the early church. Saint Helena became a Christian at the age of 63 and her devotion to her Christian faith was central to her son becoming Christian. Constantine was the first emperor in history to become Christian and he legalized the practice of Christianity in Rome. 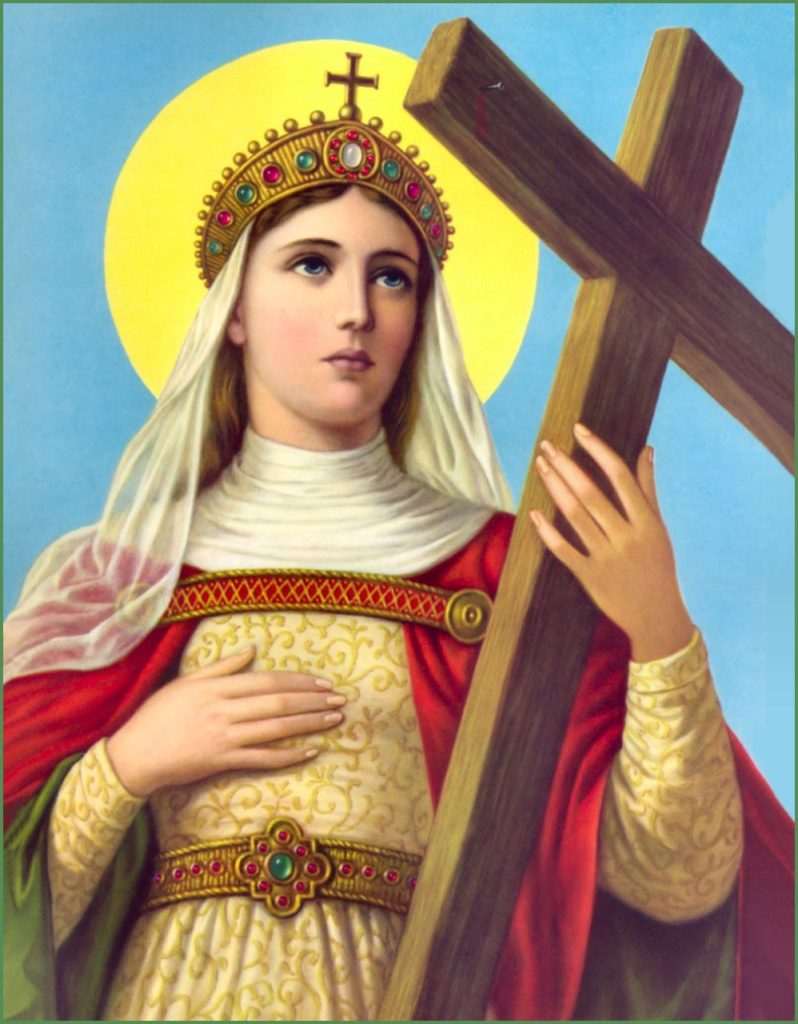 Saint Helena wanted very much to visit the Holy Land and to experience the places where Jesus walked. Around the year 320, Constantine arranged for his mother to travel there. He requested that she identify sites where new churches had been built and that she look for relics and have them taken back to Rome. You can check to relinquish of Sant Helen and other religious items on at Holyart.com.

While on her pilgrimage, Saint Helena discovered many treasures. The most important being fragments of the True Cross and the Title of the Cross or the wooden plaque upon which was inscribed the letters INRI, a Latin acronym referring to Jesus the Nazarene, King of the Jews. She brought this, and other relics back to Rome from Jerusalem.

She also discovered what we know as the Scala Sancta or Holy Stairs. These are the stairs that led to the praetorium of Pontius Pilate. They are the stairs Jesus climbed when he was brought before Pontius Pilate and was tried during His Passion. Although the marble Holy Stairs had survived much damage, Saint Helena managed to have them removed and brought back to Rome. At the end of the XVI century, Pope Sixtus V had the stairs sited in a chapel near the Basilica of Saint John Lateran. They have been climbed by pilgrims since then.

Because the Holy Stairs were climbed by so many pilgrims, they needed to be protected from wear. To accomplish this, they were covered with wood.

A project to restore the entire chapel took over twenty years but in 2018, the chapel was closed and restoration of the stairs began. The wood was removed from the stairs. When the chapel was reopened in April of 2019, pilgrims, on their knees, could climb the marble stairs seeing them as they were when Our Lord climbed them. To symbolize Lent, the stairs remained uncovered for forty days. At the end of the forty days, the wood covers were reattached.

Meditating on the Passion

Climbing these stairs is an experience never to be forgotten. The depth of one’s union with Jesus grows deeper with each of the twenty-eight stairs. Kneeling on the stairs Jesus climbed, one can meditate on His Passion in a way that would not be possible otherwise.

I have been blessed in that I have climbed the Holy Stairs and I can tell you that no words can describe the experience. If you are in Rome, please be sure to go to the Scala Sancta. Be where Jesus was. It is a spiritual experience that you will take with you for the rest of your life.

“It invites us to meditate. The People of God need to be able to meditate on what Jesus experienced when he offered himself in his death and then rose again. To this extent, the stairs are not a sign of death, but a sign of life. The Passion occurred, but such passion leads to resurrection.”

How Daily Prayer Can Change Your Life

Importance Of Prayer And The Benefits Of Doing It Regularly

6 Reasons Why You Should Be Taking Your...

Things to know Before Planning a Holiday Trip...

Rules of Conduct in a Catholic Church and...