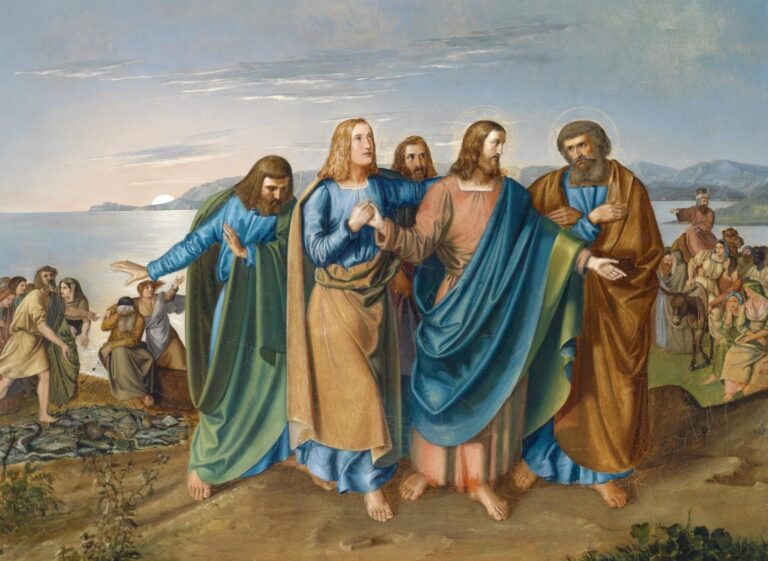 In the simplistic definition of the word, faith is the complete trust or confidence in someone or something. It’s a form of the strong belief that sometimes even becomes the driving force for one to exist. Faith does not rely on proof and is based on spiritual hope and loyalty.

On the other hand, although there are millions of people that do not require proof to believe that Jesus is real, there are people who are still very much skeptical of the truth. Humans are imperfect and would definitely commit mistakes, and this is normally the reason for people to step away from the faith.

The existence of Jesus is one, if not the most debated argument in all of history. But what if there is scientific proof to back up the truth? The truth is that Jesus of Nazareth walked the earth and his story is not just a myth that was merely created by humans.

Jesus as a Historical Figure

According to Eric Meyers, an archaeologist and emeritus professor in Judaic studies at Duke University, mainstream scholars, he does not know anyone who doubts the historicity of Jesus. He says that there have been a number of debates throughout the centuries, but there is not one scholar that doubts that Jesus Christ is a historical figure.

There are several accounts of eye-witnesses around AD 50 – 60 that were written down by people who may have been alive to have seen, known, or have talked to Jesus personally. A study conducted by Dr. Byron McCaine, archaeologist and professor of religion at Wofford College, has been proof of having large crowds coming to a healer like Jesus Christ. During that time, there are people that are suffering from leprosy and tuberculosis which was also stated in the Bible. McCaine has studied the burials and that there are several remains that give evidence of such diseases around the area.

According to Dr. Simon Gathercole, although it does not fully confirm anything, it does not make sense for several Christian writers who do not know each other to invent a Jewish savior that is set in the same time and place, that are under the same Roman Empire, where there is a suspicion of Judaism being practiced in secret. Many books and scripture have been written at the same time by people from different places who have experienced the same thing. And with the absence of technology, it doesn’t add up for writers to write about the same exact moment without talking to one another.

Another piece of evidence is from a non-Christian Jewish historian named Flavius Josephus. Dating back to AD 47-100. Jesus was mentioned in his Judaism history passage called “Jewish Antiquities’ ‘, saying that Jesus was a wise man and doer of wonderful works. Josephus even wrote in his passage that Jesus was condemned on the cross by Pilate. A non-Christian, who does not have any intention of spreading Christianity and writing about Jesus during this time, is historical proof that Jesus did in fact exist.

Twenty years after Josephus published his book, around AD 115, a couple of Roman historians named Pliny and Tacitus also wrote about how Pontius Pilate executed Jesus by crucifixion. With Tacitus being evident that he is not overly fond of Christians, but has written that Jesus did in fact exist strongly suggests the historical existence of Jesus Christ. Even the Mishnah which is the first major written collection of the Jewish oral traditions, although stated that Jesus was a sorcerer or magician and tried to discredit him, never denied his existence. Which is proof that Jesus Christ is a historical figure who walked the earth.

Is Jesus a God?

This is where faith comes in. Faith is believing something even seeing and hearing. According to the Bible, Jesus lived, died, and has risen again. Science may disagree in some factors about the notion that Jesus is a God, but with faith and a personal relationship with Jesus, people know in their hearts that he is real.

The Bible says that Jesus is our Lord and savior and he has died for everyone’s sins that every person to believes he will have eternal life in paradise. The main reason why there is faith is for people to acknowledge that even if there is an absence of scientific proof, it is a decision to choose to believe. Believing in Jesus and his miraculous works help shape society into what it is today. Regardless if a person is part of Christianity or not, religion has played a huge role in how everything is structured.

Modern society and organizations are patterned in ways that resemble the church and could still learn a thing or two from Christianity. The belief in Jesus Christ as the messiah, the savior of mankind, is ultimately built on love. The love for each other to be in paradise, the love for one’s family to be forever in each other’s arms once this physical world ends.

Every person is imperfect and is bound to sin in one way or another. No one is capable of being perfect and sometimes this causes people to stop believing. But with Jesus dying on the cross, making the ultimate sacrifice for everyone to ask for forgiveness and one should be forgiven, the human race has a ticket to escape the doom that each person is initially destined to.

The bottom line is, that there is a scientific fact that Jesus Christ existed, but there is no scientific proof that he is the way, the truth. and life. However, there are billions of books that have been written but there is only one book that has stood the test of time. A book that was inspired by the Holy Spirit. A book that has been burned, buried, and persecuted but still exists up until this very day.

In a world where Cancel Culture is the norm, celebrities being responsible for culture wars like Joe Rogen and his anti-bible views read more on lordping.co.uk, and people resorting to violence instead of peace, a little faith can come in handy.