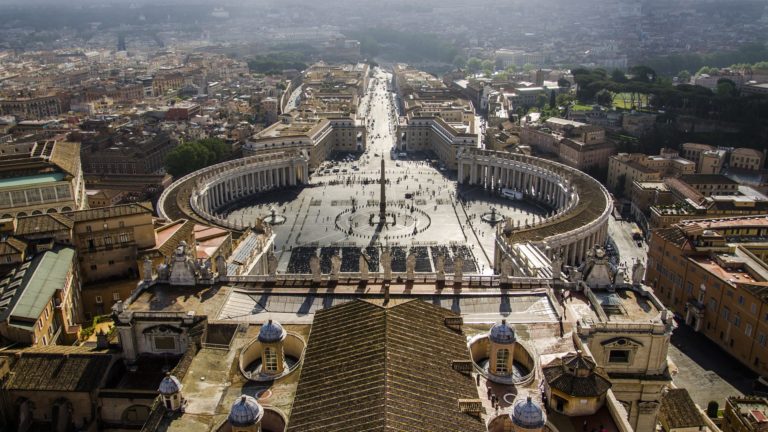 The Vatican is one of the most interesting and unique states in the world. First of all, it is one of the rare state-cities in the world and, secondly, it is even more interesting if we take into account the fact that it is one of the few states that is governed by religion and religious beliefs and where the chief of the state is also the leader of the church. The manner in which this city-state is regulated has always been a bit curious and people have o=always wondered if the Vatican has the constitution. Yes, it does have it even though it does not have the word “constitution” within it.

Many people are simply in the dilemma regarding the order of things in the Vatican, i.e. what is the legislature and the ruling system there. To make things crystal clear we would just say that the Vatican is an absolute elective theocratic monarchy. What does this mean? First of all, this means that the absolute power and decision making lies in the hands of the ruler of the Vatican, i.e. the Pope. Secondly, elective means that it is not a hereditary position and that each new pope is elected after the death or abdication of the previous one. Theocratic means that the laws that govern everything in the Vatican are solely based on religion and religious beliefs of the Catholic Church. The monarchy by itself implies that the ruler is active for the lifetime or until he abdicates.

Just as any state the Vatican also has many laws which combined can be considered as a kind of constitution even though they are not a constitution per se. First of all, there are several laws in the Vatican. The first law is the Fundamental Law of Vatican City State, which can be also considered as a kind of a constitution by itself even though it is not treated as such. When the tribunals are in question, we should mention that they are regulated and governed by The Code of Penal Procedure. Since the Vatican is located in the middle of Italy, it also needed the treaty that would define its relationship with this country and this was done by the Lateran Treaty.

This law is actually composed of 20 different articles. It should be added that the latest version of this law was put in effect and force on the 22nd of February in 2001 during the reign of Pope John Paul II. It should be noted that before this one, there was the active version from the 7th June 1929, i.e. from the reign on Pope Pius XI. It should be noted that the Fundamental Law of Vatican City State does not have the word “constitution” within it but it can be legally be considered the constitutional law of the Vatican. This document is considered to be the highest judicial document in the Vatican.

The judiciary system of the Vatican is very straightforward and we should mention that the highest authority here is the Supreme Court that has three judges. After this one, there is a Court of Appeal and it has four members. The third instance is a tribunal, and it also has four members. Finally, there comes a sole judge but its jurisdiction can be considered as quite limited.

As we have said, there is not an official constitution of the Vatican and that its governing and regulations come from various laws and treaties it has signed. However, this may also change. In April 2019 it has been announced that the Vatican may actually make and bring its own constitution that would be the supreme document of this city-state. The name of the constitution would be Praedicate Evangelium, which actually means Preach the Gospel. The work on this constitution has been going on for years and it was an attempt to bring the new and unified document that would serve as the guide in the function of the state. It was announced that the promulgation of the new constitution would take place on the 29th of June 2019.