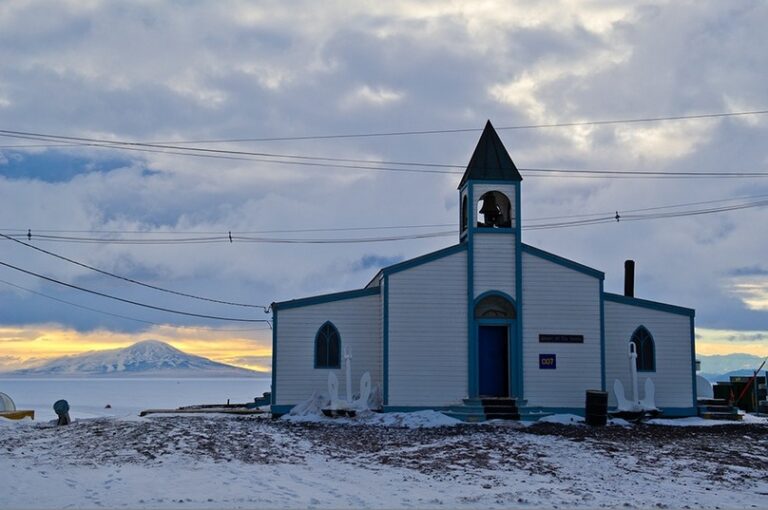 You may hear at least once in your life the proverb “where there are people, there is a religion”. The coldest continent of the planet is no exception. Sometimes it seems beyond belief how people can live in these extreme latitudes, and it is for this reason that it is not surprising that an increasing number of places of worship are discovered during expeditions to Antarctica. Religion has provided comfort and guidance in very extreme living conditions.

Besides, if you are highly interested in exploring Antarctica, visit https://ragnaryacht.com to find out more about unforgettable traveling experiences they provide to globetrotters.

According to The Association of Religion Data Archives, the first and only religion in Antarctica was Christianity, which spread across the continent to the greatest extent. Anglican priest Arnold Spencer-Smith became the world’s first priest in Antarctica.

We created a list of the most impressive churches in Antarctica, as well as some of the events they witnessed.

The Chapel of the Snows

In 1947, the first Catholic priest, William Menster, appeared on the island. In 1956, the Catholics built the Snow Chapel, which was demolished in 1979 and rebuilt ten years later. The fate of the church, which is located at the American research station on Ross Island, can be called tough. Although it was built back in 1956 in the icy desert, it was destroyed by fire twice. The first building caught fire in 1978 from a spark in the heating room, and the next burned down, having stood for several years in desolation after a severe storm in May 1991.

The Chapel of the Snows is located on Ross Island and is the only ecumenical temple where representatives of different religions can pray. The temple itself belongs to the Catholic Diocese of New Zealand, funded by the Americans. The temple is designed for 63 people.

The Chapel of the Snows is run by the American Antarctic station McMurdo and is considered non-denominational: services for Catholic and Protestant rites are regularly held here. There have been instances of Buddhist and Bahai ceremonies being held in the Church of the Snows.

This Orthodox church was built in Russia from Siberian pine and then transported by ship with food to the Russian Antarctic Bellingshausen station on Waterloo Island in 2004. Since the two monks from Russia voluntarily spent a year in the church, the abbots here are replaced every year.

A 15-meter-high wooden church decorated with carvings fearlessly resists the polar winds. It can simultaneously accommodate up to 30 people and satisfies the spiritual needs of the staff of nearby stations: Russian, Chilean, Polish and Korean. Some of the services are held in Spanish. The priest also prays for the souls of 64 dead Russian polar explorers. And although the church is rarely overcrowded, the weddings of Russian and Chilean researchers and baptismal ceremonies are also sometimes held.

This ice-walled cave at the Belgrano II base is the southernmost religious building in the world. The year-round Catholic Church operates at an Argentine research base built in 1955 on the island of Cotes. The latitude determines that the days and nights here last for four months and the aurora is often visible in the dark sky.

Chapel of St. Francis of Assisi

Esperanza, one of 13 Argentine research stations in Antarctica, is considered Argentina’s southernmost city (although it is more of a village). In addition to the church, there is a school with teachers, a museum, a bar and a hospital with a maternity ward, where several Argentines were born.

And although researchers clearly want to be closer to God while working in Antarctica, they see no contradiction in the existence of a church with a casino which is also a local community centre.

This is probably one of the few churches in the world made from shipping containers. Such an unusual religious building is located in the largest settlement of Antarctica, 120 people live here in summer and 80 in winter. Several military families with children live in Villa las Estrellas, a Chilean military base on the island of Waterloo. The maximum stay at the base is two years. The ceremonies are conducted by a priest who lives on the island all year round. The town also has a school, hostel, post office, and bank.

Church of the Whalers: Subantarctic Church

This neo-Gothic temple was built in 1913 at a whaling station in Grytviken, a settlement in South Georgia founded by a Norwegian captain. The church was made by the whalers themselves, and it is the only one still in use after the station was closed in 1966.

The settlement appeared in 1904, and in the first year, the inhabitants managed to catch 195 whales. Whalers used all parts of the animal: fat, meat, bones and entrails. Fertilisers and fodder were made from bones and meat, and oil was heated from fat. For the same reason, fishermen hunted elephant seals. During its heyday, the station employed about 300 people in the summer from October to March.

Over the next 60 years, the number of whales in the waters around the island declined significantly, and the station closed. By this time, there were so few whales left that further fishing became impractical. Even now, the shores around Grytviken are replete with whale skeletons, the remains of fat processing plants and fishing boats.

In 1998, the church was renovated by the curators of the South Georgia Museum, which is located in the former home of the whaling station manager. Now only wedding ceremonies are held in the temple, mainly between the descendants of whalers buried on the island. And here, by the way, one of the scenes of the 2006 Oscar-winning film Happy Feet was filmed.

No matter how romantic and mysterious life at a scientific polar station may seem, you must not forget that it is monotonous, difficult work in difficult weather conditions and almost complete isolation from the outside world. Religion has provided comfort and guidance in such harsh latitudes. Orthodox Christianity has a history of building its churches and monasteries in inhospitable places, and Antarctica has at least eight places of worship.