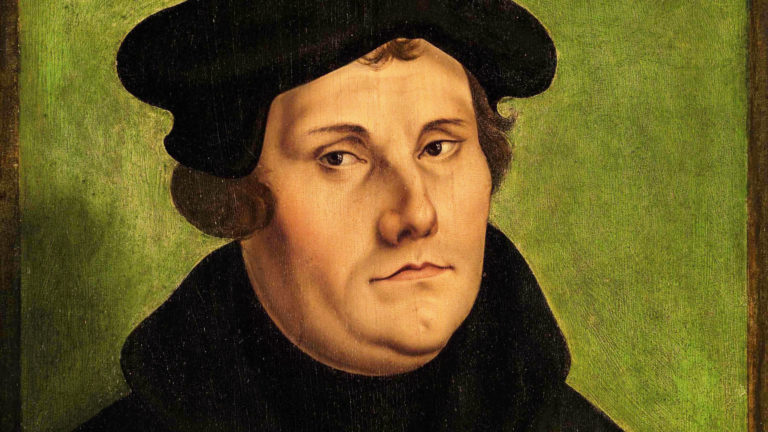 I one word Martin Luther was the true man of the Protestant Reformation, he was not only a translator of the Bible, but he was also a teacher, preacher, and theologian. This talented man was also an orator, composer, and loving and kind family man.

The German Bible is his biggest success because this translation of the Bible has a massive impact on the development of the nation. When you think of the German heritage you think of this book too.

Martin Luther`s Bible played a main role in the making modern German language, as we know today because in his time that was a group of regional dialects. Besides Luther`s Bible the growth of trade and the invention of the printing press also played an important part in the rising of the German nation. The first translation of the Psalms into German Martin Luther did in 1517, and four years later he begins translation of the New Testament. In that time, he was imprisoned in Wartburg, and he made a huge success with this translation so he continues translating the Old Testament. The whole Bible was finished in 1534, and this version is still in use in Germany.

“In my translation of the Bible, I strove to use pure and intelligible German. Our quest for expression could sometimes last four weeks without us being happy with our work. (…) In addition, I have not worked on my own: I recruited assistants from everywhere. I tried to speak in German, not Greek nor Latin. But to speak German one should not turn to texts in Latin. The housewife, children playing, people in the street are those to learn from: listening to them teaches one how to speak and to translate- then they will understand you and know how to speak your language.“ Martin Luther, An Open Letter on Translating)

His theological theory was that salvation will come through grace, and that is the winning key why his translation was much better than Saint Jerome`s Vulgate translation of the Bible.

The process of translation of the Bible begins in 1517 when Martin Luther translates some Psalms, the Ten Commandments, the Lord`s Prayer, and the Magnificat. When Melanchthon saw and read the translation of the Bible parts, he was pleasantly surprised by the quality of the translation. He was insisting that Martin Luther must translate more of the Bible but in more systematic style. In 1521, four years later Luther translated the New Testament based on Erasmus`s second edition. Erasmus translates to Latin the original Greek version four years before Luther. Two years later, in 1523, Luther translated the Pentateuch, and, in 1524 the Septuagint. After that, he translated all the books in the Old Testament with Caspar Cruciger, Justus Jonas, and Mattaus Aurogallus. The whole work was done in 1534, and the first publication was sold out. Later editions were illustrated by Albrecht Dürer and they were published in 93 cities and the price was two florins.

In the translation of the Bible, he stayed close to the original texts in Hebrew and Greek as possible he can, but he puts some of his poetry and musicality there.

Besides the original texts for the translation, he read many authors of that time and translation of Vulgate, to find the perfect theological word for his work. For example, when he was translating the Psalms, he thinks they represent the coming of Christ.