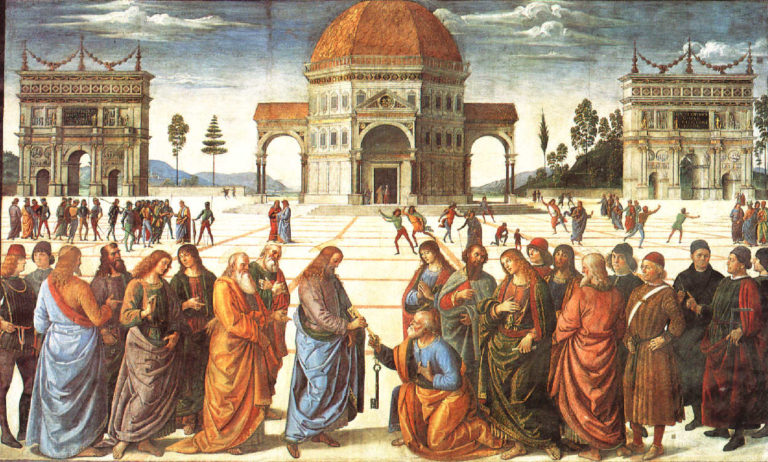 Early Christianity is associated with the period between the origin of the Christian faith, somewhere between 30 to 36 all the way to the First Council of Nicaea in 325. The period is further divided into Apostolic Age (c. 30-100) and the Ante-Nicene Period (c. 100-325).

The second period, Ante-Nicene Period (meaning “before Nicaea”), lasted until the First Council of Nicaea. It was marked with a massive growth of Christianity, culminating in emperor Constantin acknowledging it as the official religion in 330. During this period, various dissenting voices were heard inside the Church, due to a lack of unifying force. Some of the most important theological papers were written during the Ante-Nicene Period.

C.S. Lewis wrote: “It is a good rule, after reading a new book, never to allow yourself another new one till you have read an old one in-between. If that is too much for you, you should at least read one old one to every three new ones.” This is a good principle , as we don’t know which new books will stand the test of time, but the old books have been tried and tested and proven worthy. The same can be said of early Christian writings. Written some 2,000 years ago, they are still relevant today and we would be wise to heed their counsel in these trying times. Their ageless wisdom can still guide us, regardless of the time gap that divides us from their creators. Here are some of the most important text you should read from that period.

On the Incarnation, By Athanasius Of Alexandria

After Emperor Constantin embraces Christianity as the official religion of the Roman empire, there were many disagreements between early theologists that plague the church. One of them was dubbed Arianism, named after Arius Of Alexandria, who claimed that Jesus Christ was a separate entity from God, based on this syllogism:
“If the Father begat the Son, he that was begotten had a beginning of existence: and from this, it is evident, that there was a time when the Son was not. It therefore necessarily follows, that he had his substance from nothing”

This was contrary to the official teachings of the Church, but Arius had a large following in the schools of Alexandria and his views quickly spread throughout the empire. One of those who opposed Arianism was Athanasius Of Alexandria. On the Incarnation is a staunch defense of Christ’s divinity and also humanity. For his efforts, Athanasius was persecuted for the rest of his life and was exiled from Alexandria and the Empire five times by four different Emperors.

Confessions, By Augustine Of Hippo

Written as an autobiography, Confessions tells of Augustine Of Hippo’s early life and childhood, sins of his youth and ultimate conversion to Christianity. It is the first Christian biographical work and has influenced many subsequent authors in their work. Augustine was considered a “doctor” of the Church and a scholar of scholars among Christians and one of the best and most influential theologians in the history of the Church. Thomas Aquinas, Martin Luther, John Calvin, and many other important authors have all looked up to him and sought inspiration in his work, especially in Confessions.

The Shepherd of Hermas

We can’t say who wrote The Shepherd, but modern Church scholars believe it is the work of several writers and not just one. It was written sometimes in the 2nd century as a first-person narrative, describing various visions authors used to convey deeper Christian theology. Many of the early Christina writers, like Origen and Irenaeus, cited The Shephard in their work and sermons. The book is a mix of personal experiences and religious teachings, offering a glimpse into how early Christians saw their religion and spirituality. As such, it is an important testimony to those early days. Some of the early Christian leaders saw it as an excellent way of bringing Christianity closer to ordinary people and as such considered it almost a canon.